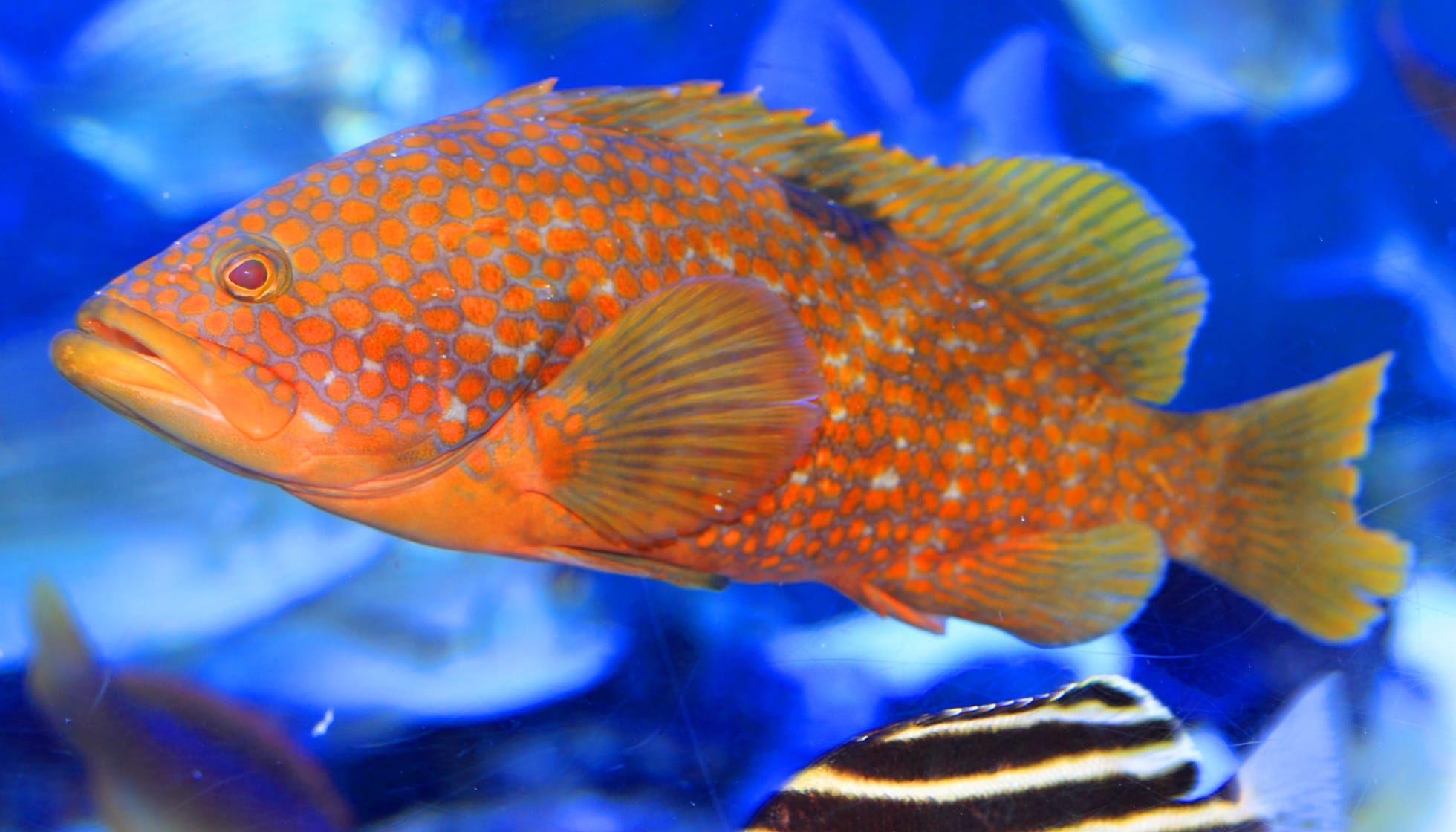 With a history of fishes dating back to more than 450 million years, there are more than 30,000 species of fishes identified. Several unjust practices of humans such as fishing have downlisted several marine species as Nearly Threatened or Extinct. One such species is the Hong Kong grouper, Epinephelus akaara. While a vast population of people in China is found to consume a variety of seafood, the species of Hong Kong groupers face extinction as groupers are known to be the most common seafood in demand and being sold in wet markets and restaurants in Asia. Hong Kong groupers are found at depths near the coral and rocky reef around the Western Pacific Oceans. It is also found caught in fisheries in Asia like China, Taiwan, Korea, and Japan. It was first documented as Serranus akaara by the Dutch zoologist, Jacob Temminck, and German ichthyologist, Hermann Schlegel, in 1842. It now has several synonyms for its scientific (binomial) name including Epinephelus akaara, Serranus shihpan, Serranus variegatus, Epinephelus ionthas, and Epinephelus lobotoides.

If the uniqueness of the Hong Kong grouper makes you interested to read more about similar species, you can read about chum salmon and pilchard.

What type of animal is a Hong Kong grouper?

The Hong Kong grouper, Epinephelus akaara, is a ray-finned fish, from a clade of bony fishes. More precisely, it is a member of the family of groupers. The sea fish was first documented by Dutch zoologist, Jacob Temminck, and German ichthyologist, Hermann Schlegel, in 1842. Formerly, it was listed by the name Serranus akaara. It is now known by several synonyms for its binomial name: Epinephelus akaara, Serranus shihpan, Serranus variegatus, Epinephelus ionthas, and Epinephelus lobotoides.

What class of animal does a Hong Kong grouper belong to?

How many Hong Kong groupers are there in the world?

While the search fails to reflect an estimated population of Hong Kong grouper, the species of sea fish is down-listed under the IUCN Red List of Threatened Species as it is at a very high risk of being Extinct in the Wild. Groupers are one of the most common seafood fishes and are usually preyed upon and sold in wet markets and restaurants in Asia. Thus, the search highlighted that with increasing demand, sea fish is at risk due to unjust practices of fishing.

Where does a Hong Kong grouper live?

One of the fairly common species in the marine habitats of the South Pacific Ocean, this species of groupers, Hong Kong grouper, is found in several Asian countries including China, Taiwan, Korea, and Japan. According to search data, fish is common seafood. The fish is often caught and either kept in fisheries or is sold in wet markets and restaurants as a common source of food.

What is a Hong Kong grouper's habitat?

The Hong Kong grouper is a marine species found at the least depth of about 180 ft (55 m) near the coral and rocky reefs. The species of fish is also present in various fisheries in Asian countries.

Who do Hong Kong groupers live with?

How long does a Hong Kong grouper live?

While groupers are speculated to live for 10 years on average, they may also live for more than 40 years. However, the life span of the Hong Kong grouper is not recorded and the species come with a high risk of falling prey due to intense fishing.

The Hong Kong grouper, seasonal breeders, are speculated to be hermaphrodites. It spawns in a group or school comprising up to 50 species. Breeding season reportedly may vary from region to region. For instance, the species spawn from late July to early August in Korea. Also, the species are manually spawned in the grouper farm in Hong Kong. There is limited information highlighted by data reports recorded so far.

The grouper species of Hong Kong is downlisted as Endangered under the IUCN Red List Threatened Species. Also, the giant grouper (Epinephelus lanceolatus) and humpback grouper (Cromileptes altivelis) are threatened in Hong Kong.

The fish is not considered cute. It may look intimidating and quite scary.

While no speculations are deciphering the communication mechanism in the fish, it is considered that like other species, the Hong Kong groupers, too, communicate using gestures.

How big is a Hong Kong grouper?

How fast can a Hong Kong grouper swim?

While groupers are not considered fast swimmers, they have considerable speed. The fastest speed of a grouper is recorded to be 78 mph (125 kph), but the speed of the Hong Kong grouper is not recorded.

How much does a Hong Kong grouper weigh?

The fish does not have a name specifying its sex. Also, the species are considered hermaphrodites.

What would you call a baby Hong Kong grouper?

A baby Hong Kong grouper is often called a fry or a juvenile.

Since the fish is a source of food to humans, it is not speculated to be poisonous. It is considered dangerous if threatened as it is recorded to attack humans if sense any sort of threat.

The fish is a wild species and needs experience to be petted. The fish is consumed by the Asian population and is recorded to possess no threats while in captivity. Yet it is advised not to pet wild species of animals.

The Hong Kong grouper has high commercial value, especially in China and Japan.

The type locality of the fish is speculated to be Nagasaki.

What adaptations do Hong Kong groupers have?

Whether the Hong Kong grouper have adaptative characteristics or not is still a conundrum. It is usually a peaceful species until threatened. It does well in captivity.

Can you eat Hong Kong groupers?

Here at Kidadl, we have carefully created lots of interesting family-friendly animal facts for everyone to discover! For more relatable content, check out these gar facts and bonito fish facts for kids.

You can even occupy yourself at home by coloring in one of our free printable Hong Kong grouper coloring pages.