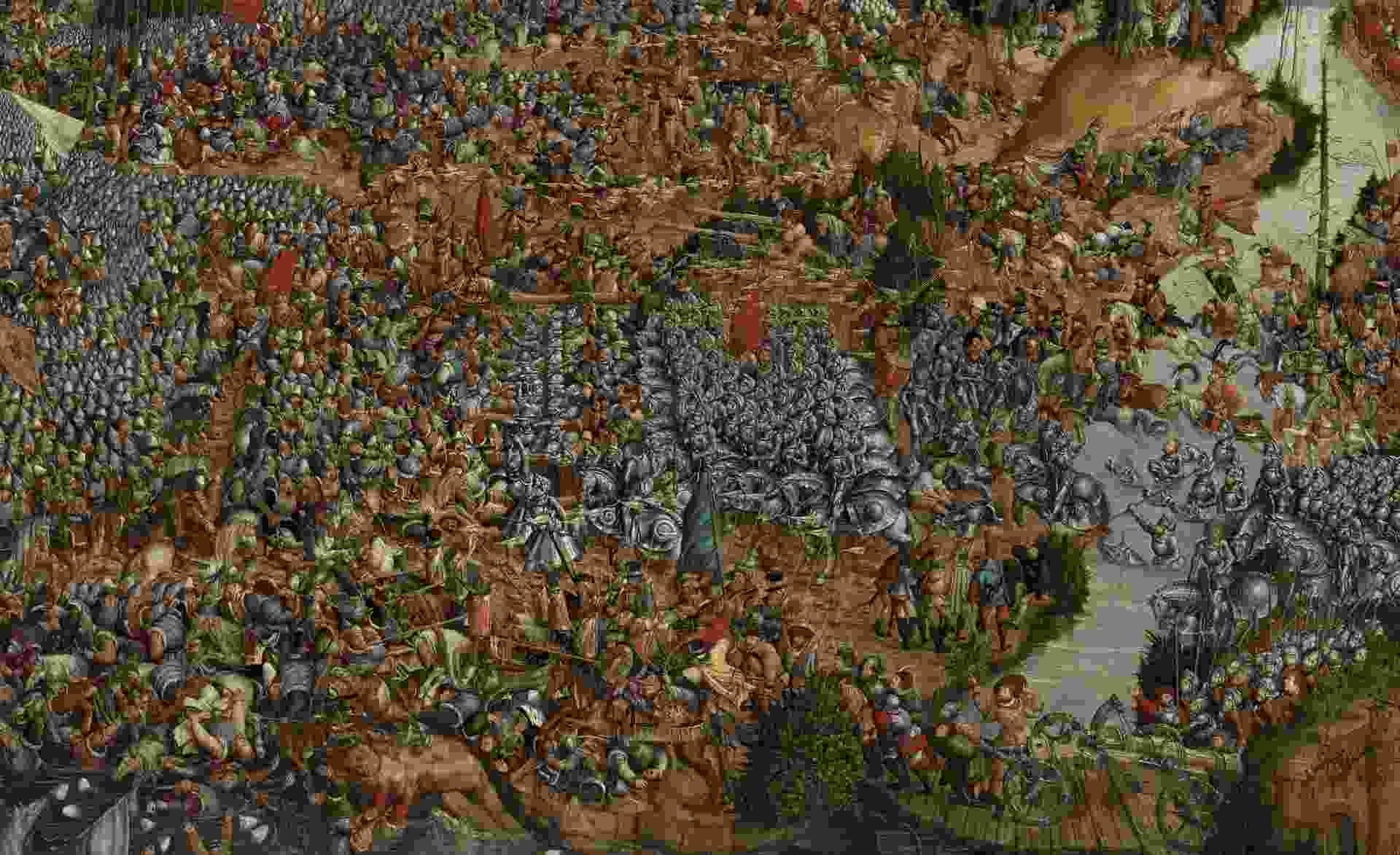 The Mexican triumph is commemorated each year with a celebration held on the anniversary of the battle.

The celebration of Cinco de Mayo is seen mostly in the Mexican state of Puebla. It is known as El Da de la Batalla de Puebla.

Other sections of the country observe the minor holiday to varying degrees. This occasion has grown into the highly famous Cinco de Mayo, a national holiday in the United States and a celebration of Mexican culture.

During the Second French Intervention in Mexico, the Battle of Puebla de Los Angeles took place on May 5, 1862, near Puebla City. The French troops finally overran the Mexican garrison in later engagements. But the Mexican victory at Puebla offered a substantial morale boost to the Mexicans and also slowed the French march into Mexico City.

Cinco de Mayo is a day of remembrance observed by the Mexican government in Mexico City. It is a day to remember Mexico's victory against the French at the Battle of Puebla in 1862.

During the Franco-Mexico War, an outnumbered Mexican army was headed by Ignacio Zaragoza. He was a 33-year-old Texan from Goliad. He beat invading French soldiers at the little hamlet of Puebla de Los Angeles. The evacuation of the French forces was a huge success for the Mexican people. Cinco de Mayo celebrates the country's capacity to protect its independence against strong European invaders. General Zaragoza died of typhoid fever soon after.

The earliest Cinco de Mayo festivities in the United States took place in the 1860s, when Mexicans residing in California remembered the victory over France in Puebla. The United States was, at the time, immersed in a Civil War. The news of the underdog Mexican army defeating Napoleon III's soldiers galvanized California's Latinos, who tried to halt the Confederate army's progress.

For Mexicans in the United States, the Civil War and the French invasion of Mexico were like two separate wars. They were worried about France, which supported the Confederacy and was almost on America's doorstep. Since 1862, Los Angeles has celebrated Cinco de Mayo without interruption.

Why did the battle of Puebla happen?

It all began in 1862, when President Benito Juarez government failed to pay its foreign debts to several European countries. Mexico, England, and Spain established a tripartite alliance. France, on the other hand, was dissatisfied.

Napoleon III took advantage of the situation and decided to invade, sending an army of well-equipped men to Mexico under the direction of General Laurence. They sent allied forces to set up an allied invasion of the area.

The French were the first to arrive in the port of Veracruz. The French wanted to attack Puebla and make their way to the heart of the Republic. They did not, however, expect to see a well-organized opposition in the Puebla part. This resistance, led by General Zaragoza, while being tiny and ill-equipped, managed to hold its ground.

Finally, on May 5, the Mexican forces beat the French and forced them to flee. This was a spectacular triumph that put the French involvement on hold for a year and solidified Mexican patriotism. It is a popular holiday now.

For two key reasons, this achievement became a source of immense pride for Mexican society. First, it depicted Mexican solidarity, which bolstered national identity. Second, it gave a chance to establish the essential foundations of Mexican foreign policy, which help the country negotiate terms in international affairs today.

Who won the battle of Puebla?

During the Second French Intervention in Mexico, the Battle of Puebla actually took place on May 5, 1862, near Puebla City. It was a small town. The fight was won by the Mexican Army over the French Army.

Mexican soldiers retreated to the walled city of Puebla after losing at Acultzingo Pass on April 28, 1862. General Ignacio Zaragoza ordered the construction of a trench between the forts of Loreto and on the outskirts of the city so that Mexican forces could quickly move from one to the other as needed. When French forces arrived on May 5, General Lorencez assumed the people of Puebla were favorable to the French and would rush to their help. They did not, however, and instead assisted the Mexican army in repelling the French.

In order to gain civilians' support, the French opted to attack the city at its weakest points, the two forts. The French soldiers would have to march up the hill and conquer the ditches and walls of the two forts to do this. When General Lorencez decided to order a shelling of the defenses before noon, he dispatched his first wave up the steep slopes. The Mexicans were able to repel the first and second waves, and the French artillery was out of ammo by the time the third wave attacked. When the third wave arrived, it created major distress. Mexican troops emerged from the fort and trenches to confront the French army.

The Mexican cavalry attacked and the Mexican infantry surrounded the French army as the third wave withdrew. It began to rain at 3 p.m. in the afternoon, forcing the French to retire after the final assault.

How long did the battle of Puebla last?

The combat lasted from dawn until the early evening of May 5, 1862, and the French had lost approximately 500 troops by the time they were forced to retire.

The Battle of Puebla was fought on May 5, 1862, in Puebla, Mexico, between the army of the liberal government led by Benito Juárez and the French forces sent by Napoleon III to establish a French satellite state in Mexico. The conflict, which resulted in a Mexican triumph, is commemorated as Cinco de Mayo on the Mexican national calendar.

The French Road to the capital was obstructed by the fortified city of Puebla. Inexperienced French officer Charles Latrille Laurencez authorized a direct attack up the treacherous Cerro de Guadalupe against the Mexican stronghold, which was protected by a ditch and a brick wall. The Mexicans, led by General Ignacio Zaragoza, defeated the invaders, who lost around 1,000 soldiers before retreating to the shore. Brigadier General Porfirio Daz, a youthful commander who succeeded in turning back an invading French army's flank, shares credit for the Mexican triumph.

The next March, the French commander, Élie-Frédéric Forey, laid siege to Puebla with reinforcements from France. Its estimated 30,000 defenders, led by Gonzáles Ortega, surrendered after exhausting all ammunition and food supplies; the majority were transferred to France as captives. Daz retook the city on April 2, 1867, putting an end to the French occupation. The Cinco de Mayo festival represents Mexico's resolve to repel a foreign attack.

Why is the battle of Puebla important?

The Battle of Puebla was not an isolated episode; it was the culmination of a long and intricate history involving Chicano activists. The Reform War by Spanish troops erupted in Mexico in 1857. It was a civil war, including Spain and Mexico, that opposed liberals against conservatives. This nasty, deadly battle left the country in ruins and impoverished. The war ended in 1861 when the Spanish withdrew. In early January, Mexican elected President Benito Juarez froze all harsh demands for international loan payments because Mexico simply did not have any money.

He emphasized Cinco de Mayo and the Battle of Puebla significance in Mexican history. Puebla Day is remembered fondly because it pitted a little Mexican army against the massive French Empire Army, which meant a lot to Mexicans. It is the site where the little Mexican army overcame the French empire.

Historians in both France and Mexico continue to study the events of that day to this day. Despite the fact that Cinco de Mayo commemorates a heroic fight in Mexico, French history regards it as a failed attack.

Regardless, the Battle of Puebla history is still a source of pride for Mexicans in Puebla. This state lays far greater importance on this day's remembrance than the rest of the country. People eat mole poblano in Mexican culture.

Because Cinco de Mayo is an official holiday in Puebla, most businesses and schools are closed. Great parades are staged in practically all of Puebla's cities. The most well-known is the march from Bulevar 5 de Mayo Street to 22 Poniente Street. Thousands of people attend this event to observe the procession of floats and people accompanied by music and Mexican military bands.