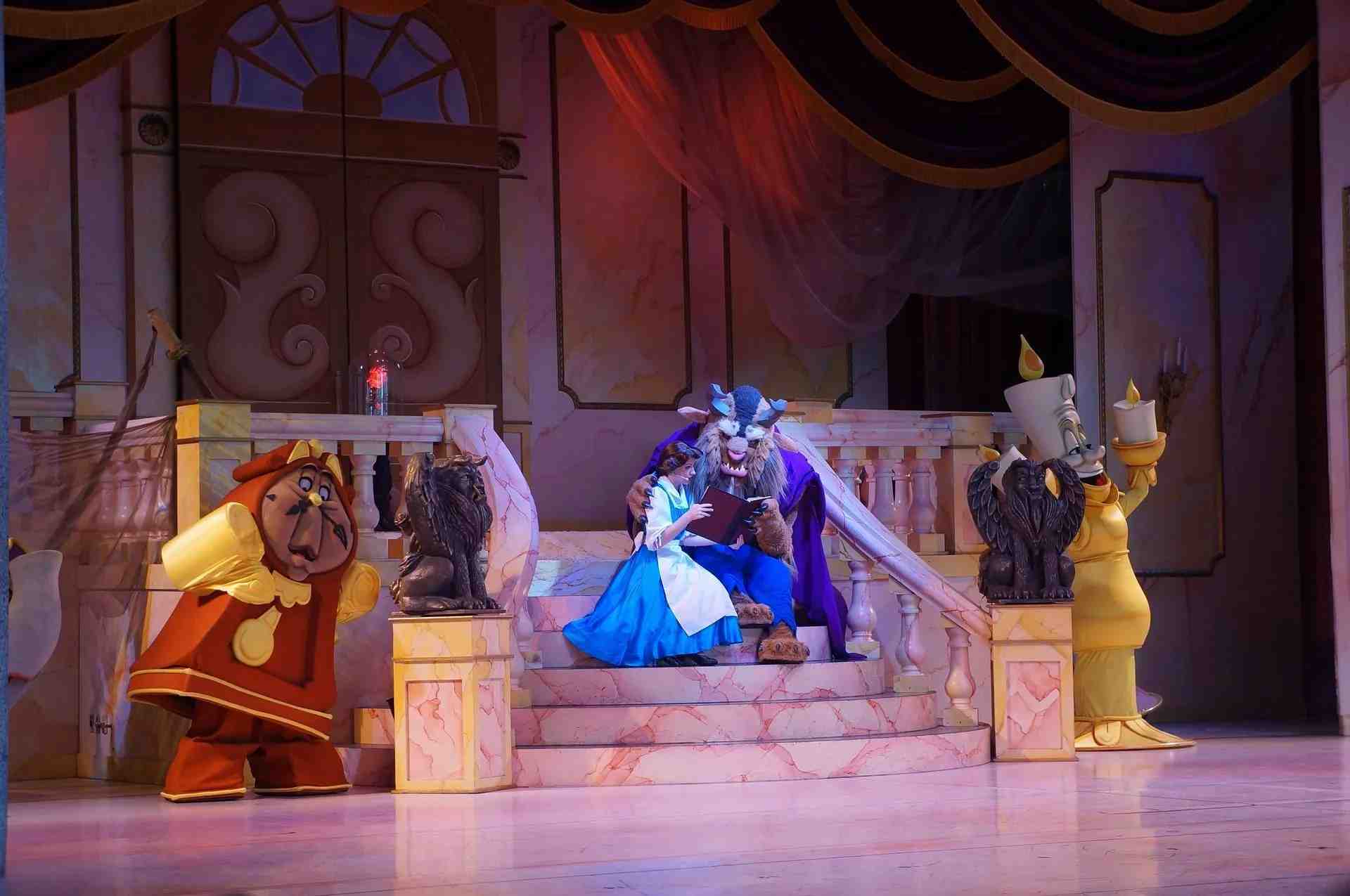 The film Beauty and the Beast was the first Disney animated film to cross $100 million.

There were 7,000 feet of film, which was hand-drawn. And there were 1100 painted backgrounds used for the movie.

The film was the first animated movie nominated for an academy award for the best picture category. La belle et la bête is the actual name of the French tale. The film took more than three and a half years to complete. Kirk Wise and Gary Trousdale directed the film. It was released in the year 1991 and is the 10th longest-running musical in Broadway history. It won the best costume design in the Tony awards, and it was nominated in nine different categories.

Disney also released a live-action movie in the year 2017, and there is also a Beauty and the Beast Disney restaurant, world stage show, merchandise, and several video games. The movie had three direct follow films to it.

Walt Disney wanted to make this movie four decades before its original release, but he was worried about portraying the second half of the movie. As it portrayed the Beast, he thought showing the Beast its complete form would be scary for kids. So, he decided to make it more human by giving it regular hands and legs.

If you like this article, make sure to check out Fun Facts articles: Youngest Disney princess and Walt Disney children.

What Is Belle's Real Name?

The meaning of Belle's name is beautiful. Belle is the actual name of the main character of Beauty and the Beast.

She was the unconventional princess who did not need to be rescued and, in fact, helped her father. The name of the prince in the movie is never known. It is just shown in the last frame that they live happily ever after. At the Oscars, it was nominated for the best picture category.

What Is Special About Belle?

Belle was a brave Disney princess character. She was not afraid of the Beast and decided to trust him despite his outward appearance.

The Beast was a compilation of many different animals. He had the head shape of a buffalo, eyebrows of a gorilla, mane of a lion, body of a bear, legs of a wolf, and tusks of a boar. He was also given the eyes of a man to depict some human aspect.

Belle is the first princess who was a brunette and the second princess not born into royalty in the Disney princess franchise. The book was too challenging to adapt into a movie. Disney tried in the years 1930 and 1950 but gave up as he did not know how to incorporate this tale into a film. There was no sign of the actual prince until the end of the story, and the main character was supposed to fall in love with a terrifying beast.

Adapting human characteristics to the image of a beast was visually challenging. They gave him the eyes of a human and the clothes of a prince who would walk on two legs or four legs at some times. The supporting animated characters were already in the original tale and played a huge role in portraying the human nature of the Beast. Finally, when the movie was made, it was applauded by the audience and critique alike.

Many people compared Elsa of the frozen movie franchise to Belle of Beauty and the Beast.

Elsa can create waves of thin air from a flick of her hand, and she can control winds and ice. She is probably one of the few princesses that have the ability to save themselves without needing a price. She is one of the most powerful princesses Disney has ever brought.

Belle is also similar to her in a way. Though she has no superpowers, she can fight and remove the curse of the Beast on her own through her determination and fearlessness. The Beast had captured Belle's father, and Belle ran to save him and be a hostage in the Beast's castle without a second thought.

Mrs. Potts has more than six children in the movie, one of the children is named Chip. Bradley Pierce voiced the character of the chip. Howard Ashman composed and wrote lyrics of the songs in the film. Alan Menken also composed a few songs for the film. Cogswarth is also one of the servants of the Beast that was enchanted, and David Ogden Stiers voiced him.

When Did Beauty And The Beast Come Out?

The movie Beauty and the Beast came out in the year 1991.

According to the producer don Hahn, the original name for the famous character Mrs. Potts was Mrs. Chamomile. But due to the difficulty in pronunciation, they changed the name from Chamomile to Potts in the film.

Belle is one of the oldest Disney princesses who are not in their teens. It was the first animated movie to be nominated for Oscar. The last dance scene of the film is actually copied from the animated film Sleeping Beauty, where Princess Aurora dances with her prince.

In the film's end scene, Belle remembers her promise to the Beast and runs to his castle, and cries when she sees that the Beast is dying. Her tears bring him back to life. Though it is a very popular movie, in some countries, it is banned because of the characterization of the Beast.

Some people think that Belle is the worst princess because of her judgemental character. She judges the Beast by his appearance. She also judges people going about their daily life and working, while she just reads books. But her willingness to trust the Beast and his words and fighting for him make those character traits fade out.

Here at Kidadl, we have carefully created lots of interesting family-friendly facts for everyone to enjoy! If you liked our suggestions for 57 Beauty And The Beast Fun Facts That You Should Know About, then why not take a look at cute Disney characters or Disney facts?