Characteristics Of Earth: Every Kid Should Know This! | Kidadl

Characteristics Of Earth: Every Kid Should Know This! 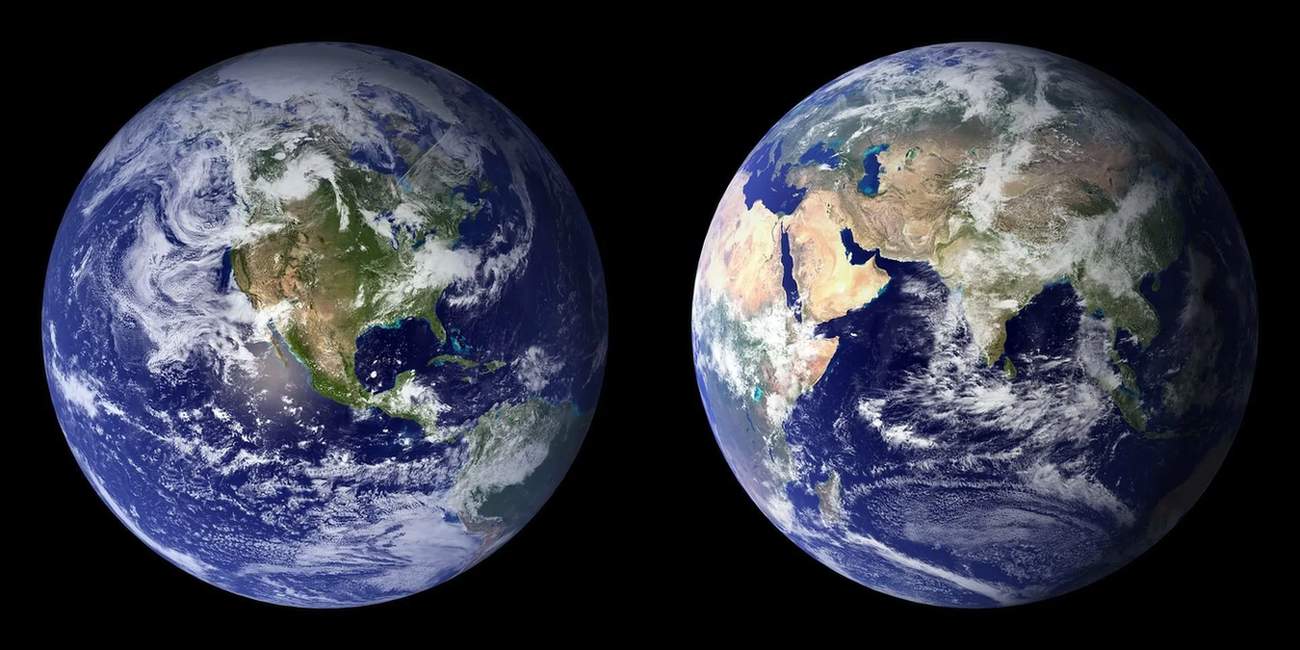 Earth, our home planet, occupies the position after Mercury and Venus, making it the third planet from the sun.

This is when the Earth's formation began. The early Earth was just a hot rock. It did not have an ozone layer, oxygen, or an ocean floor. It only became habitable in the Hadean Eon, 500 million years ago, when the Earth generated heat. The heat let out chemicals that were trapped beneath the surface and formed water on the Earth's surface. The Earth has three different layers. They are the crust, mantle, and core. The Earth's crust is the outer layer made of minerals and rocks. Beneath the Earth's crust lies the mantle, which is made of rocks, minerals, and semi-solid magma. The Earth's core, which is hot and dense, mainly consists of iron and other lighter elements. Earth has two poles: the north pole and the south pole. The Earth's axis meets the Earth's surface at these points. Earth gets its name from the German word 'erde' meaning 'the ground'. The remaining planets were named after Greek and Roman gods. Earth's moon is its only natural satellite. Earth is home to over 8.7 million species of plants and animals and 7.9 billion people. Gaia, Terra, and Tellus are some of the other names for Earth.

What makes earth different from other planets?

There are several things that set Earth apart from all other planets.

Life Supporter: Out of all the other planets that have been discovered so far, Earth is the only planet that can possess life. To sustain life, air, land, and water are the three essential elements. Around 70% of the Earth's surface is covered with liquid water, and the remaining 30% is made up of continental crust. Other planets also have water, but it is either frozen or present within the core. 21% of the earth's atmosphere contains free oxygen. The Earth also has a solid surface that is suitable for humans, plants, and animals.

Position: Planet Earth is neither too close to the sun nor too far away. This reduces the risk of frying up in the heat or freezing. We receive heat and light in appropriate amounts.

Earth's Rotation: Just like all other planets, the earth orbits the sun. The Earth also rotates while revolving. What makes the Earth different is the time taken for each rotation. Earth takes 24 hours to complete every rotation, with almost all parts receiving sunlight. Other planets, like Venus, take around 243 days to complete a rotation. This means each side of the planet has to wait 243 days before getting the next sunlight.

Moon: Earth is the only planet with one moon. The planets before Earth have no moon at all, and the ones behind Earth have more than one moon.

Density: Earth is the densest planet in the solar system. Earth has chunky materials, while other planets are mostly filled with gases. The gravitational pull, which helps keep the crust, mantle, and other materials compressed, also contributes to the earth's density.

What does the Earth's atmosphere consist of?

The Earth's atmosphere can be divided into five major layers. In ascending order, they are the troposphere, stratosphere, mesosphere, thermosphere, and exosphere.

The troposphere has oxygen, nitrogen, other gases, water vapor, aerosols, and most of the Earth's clouds. The stratosphere has the ozone layer, which is made of ozone gas. This filters the ultraviolet light from the sun and protects life. The mesosphere has small amounts of oxygen, nitrogen, and carbon dioxide. It also has iron and other metallic atoms that are left behind after meteors burn. In the thermosphere, mainly atomic oxygen, atomic nitrogen, and helium are found. The exosphere has trace amounts of hydrogen, helium, carbon dioxide, nitrogen, and oxygen. These gases are far away from each other in the exosphere.

Why is Earth the only habitable planet?

Apart from air, water, and land, there are many other things that make Earth the only habitable planet in the solar system.

Mercury has no atmosphere, and since it is so near to the sun, it is not shielded from harmful radiation. There is no water on Venus, and the surface air pressure is too high. Despite its similarities to Earth, Mars has a thin atmosphere that makes it livable. Jupiter's gravitational pull is powerful enough to make our motions difficult and shatter our bones. It's a gas planet with no solid surface either. It is too far from the sun, so acquiring light and heat would be difficult. Other planets, such as Saturn, Neptune, and Uranus, are too cold and volatile for life to thrive. None of these issues occur on Earth, making it the only habitable planet.

The Earth is in the right position in relation to the sun, where it would not freeze or burn. The Earth's magnetic field protects it from potential solar wind and radiation. Earth's atmosphere has all the essential gases in appropriate amounts and water in liquid form. It also has a solid surface and moderate gravity. Earth's moon is one of the main reasons why the Earth is the only habitable place! Earth's moon has a stabilizing effect on Earth's orbit. This ensures that we have a steady climate rather than drastic climatic changes. There is an active tectonic plate movement on the Earth. This system keeps the water, oxygen, and carbon dioxide cycles constant by forming and destroying the crust. This churning effect produces a magnetic field. The Earth has a strong magnetic field. The magnetic field protects the Earth and its life from being destroyed by cosmic rays and solar flares. All these factors together make the Earth flawless and the only place that can support life.

Cool Characteristics of the Earth

Earth is a spheroid. Since it is flat on either end, the shape is called an oblate spheroid. The planet's surface, which appears to be flat, is actually curved. At the poles, the Earth is slightly flat. The Earth's diameter is 8,000 mi (13,000 km). The mass of the Earth is 1.31668×1025 lb (5.97237×1024 kg). Earth's surface area is 197 million sq mi (510 million sq km) of which over 70% is covered by the ocean. Earth's crust is made up of solids, liquids, and gas. The Earth has a magnetic field that extends from the core to the surface. The area throughout which the magnetic field spreads is called the magnetosphere. The outer layer of the Earth is divided into two parts, called the tectonic plates. These plates determine the composition of air. They also cause earthquakes and volcanoes when they drift.

Earth makes an orbit around the sun in the clockwise direction. It takes 365 days for the Earth to complete one whole orbit around the sun. Similar to the orbits of all other planets, the Earth's orbit is also oval. Earth has an axis. It spins on its own, like a top on the axis. It takes 24 hours to complete one spin. Earth is present in the Goldilocks zone. It is an area where the temperature is neither too hot nor too cold.

Earth's moon is the fifth largest moon in the solar system. The first and largest moon is Ganymede, one of Jupiter's 53 named moons.

The Earth may not be the only livable planet. Scientists believe that Saturn's moon Titan or Jupiter's moon Europa might be able to support basic living things.

Around 65% of the Earth's mass comes from oxygen and iron.

The unconfined currents in the Earth's outer core are the ones that produce the Earth's magnetic field.

Seasons are caused when the Earth's axis tilts with respect to the sun.

The time taken by the Earth to complete one whole spin is called a solar day.

The composition of the moon is extremely similar to that of the Earth's crust.

Greenhouses actually do more good than bad. The temperature of the earth would quickly drop to 0 F (-18 C) if there was no greenhouse effect. The greenhouse gases in the atmosphere trap heat given off by the sun, warming the Earth. Without these gases, we would probably freeze to death.

Here at Kidadl, we have carefully created lots of interesting family-friendly facts for everyone to enjoy! If you liked our suggestions for characteristics of Earth, then why not take a look at what is the strongest force on earth, or what is the heaviest thing on earth?