31 Facts About The Color Purple That Are 'Royally' Resplendent  | Kidadl

31 Facts About The Color Purple That Are 'Royally' Resplendent 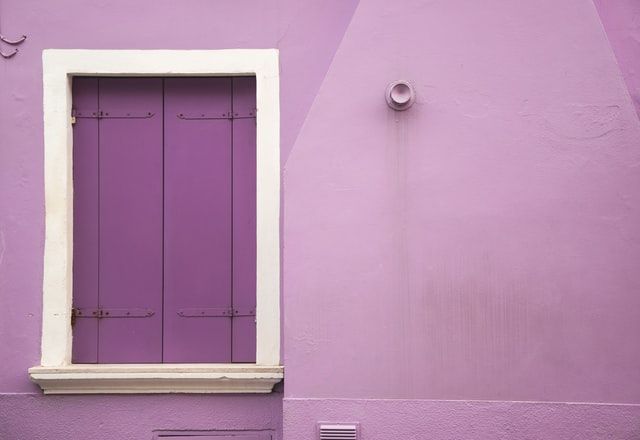 Purple is a color that often stands out from other colors, primarily because of its association with royalty, luxury, and power.

It is unique and can be used to evoke different emotions in people. In fact, many brands use purple to create a sense of prestige and exclusivity.

Purple is also known to be calming and soothing, making it perfect for use in products aimed at relaxing or de-stressing consumers. But what exactly is purple, and why does it have this effect on people? Read on to explore the origins of purple, its symbolism, and how the purple color is abundantly found in nature.

Origin Of The Name

The color purple has been called 'Purple' since the 1900s. Before that, the word 'purple' was used to describe any color that was not red, yellow, or blue.

The history behind the word 'purple' is long and can be traced to a number of ancient languages.

The English word 'purple' is derived from an Old English word spelled 'purpul,' which in turn has been taken from the Latin term 'purpura,' which too is a derivation from the Greek word 'porphura.'

The Greek term 'porphura' was used to refer to a special kind of purple dye known as the 'Phonecian' or 'the Tyrian purple dye.'

In ancient Greece, purple dye was made from the mucus secreted by a particular kind of tropical sea snail. This purple dye was very expensive and only royal or noble family members could afford it. That is why it became associated with royalty and is widely regarded as a royal color.

The term 'violet' is also often used interchangeably with the color purple, as both colors are a combination of red and blue shades. However, technically, the color purple has a darker red shade, whereas violet has a deeper blue tone. Mauve, violet, orchid, and mulberry are some of the notable shades of purple.

In art, the purple color was first used in prehistoric art made in Neolithic times.

Like many other colors, purple color is also abundant in nature. Some places where you can spot the color purple in nature are mentioned below.

Purple is a mix of red and blue waves that overlap as they bounce back.

Purple, or violet, is one of the seven colors in a rainbow.

The king of vegetables, brinjal, or eggplant, is naturally purple in color. Onion, beetroot, and sweet potato are other vegetables in purple hues.

Purple jade or lavender jade is a rare gem that is considered a symbol of strength and beauty in many cultures.

Other minerals that are purple in color are amethyst, lepidolite, charoite, and sugilite. Most of these purple-colored minerals and gems are rare to find and, hence, very expensive.

Verbena is a purple-colored flower that is extensively used as a tea ingredient and is known for its medicinal properties.

As the name suggests, the bird, the violet-backed starling, has a striking purple plumage.

There are various sea animals that don the purple color. These include Siamese betta fish, purple firefish, purple starfish, and nudibranchs.

Previously, there were no orange carrots! Carrots were originally purple until Dutch farmers started cross-breeding to produce orange carrots for William of Orange, their ruler in the 17th century.

The Psychology Of Purple

The purple color is believed to generate a number of emotions in humans.

Purple has been shown to increase calmness and relaxation. It is often used in bedrooms and bathrooms because of this.

In ancient times, purple was also associated with magic and mystery. It was believed to be the color of ghosts and spirits.

Purple is still associated with luxury, power, and exclusivity.

Many luxury brands, such as Louis Vuitton and Hermes, use purple in their branding. Purple is often used in marketing campaigns to create a sense of prestige and importance.

Purple is classified as an introspective color because it helps people connect with themselves and their deeper thoughts.

If you are seeing purple everywhere, it is probably because your eyes have stared at the yellow color for too long.

Purple Vs. Other Colors

Every color has its own impact on human psychology and is used to signify different things. Similarly, the purple color has been extensively used worldwide by many communities and organizations for different purposes.

In various countries, like Japan, the color purple signifies wealth and power.

In western cultures, the color purple symbolizes the gay community.

The purple color is widely used to raise awareness about epilepsy. The reason this color is associated with the disease is that epilepsy is treated using lavender, which is also purple in color.

Dominica and Nicaragua are the only nations in the world whose national flags display purple. In Dominica's national flag, there is a bird with a purple chest, whereas, in Nicaragua's flag, purple is used as one of the colors in a rainbow.

The logos of Hallmark and Yahoo! use purple.

The famous Forbidden City in China is known as 'The Purple Forbidden City,' referring to a mysterious purple-colored place in heaven located near the North Star.

The most powerful visible wavelength of electromagnetic radiation is purple. It's only a short distance to x-rays and gamma rays. That is why the purple color is connected with supernatural energy and the universe rather than the physical world.

In 1782, George Washington created the Purple Heart honor to award soldiers who were injured or lost their lives while serving their nation.

Akshita believes in lifelong learning and has previously worked as a content writer in the education sector. After gaining her Master's in Management at the University of Manchester and a degree in business management in India, Akshita has previously worked with a school and an education company to improve their content. Akshita speaks three languages and enjoys reading novels, traveling, photography, poetry, and art. These skills are put to good use as a writer at Kidadl.