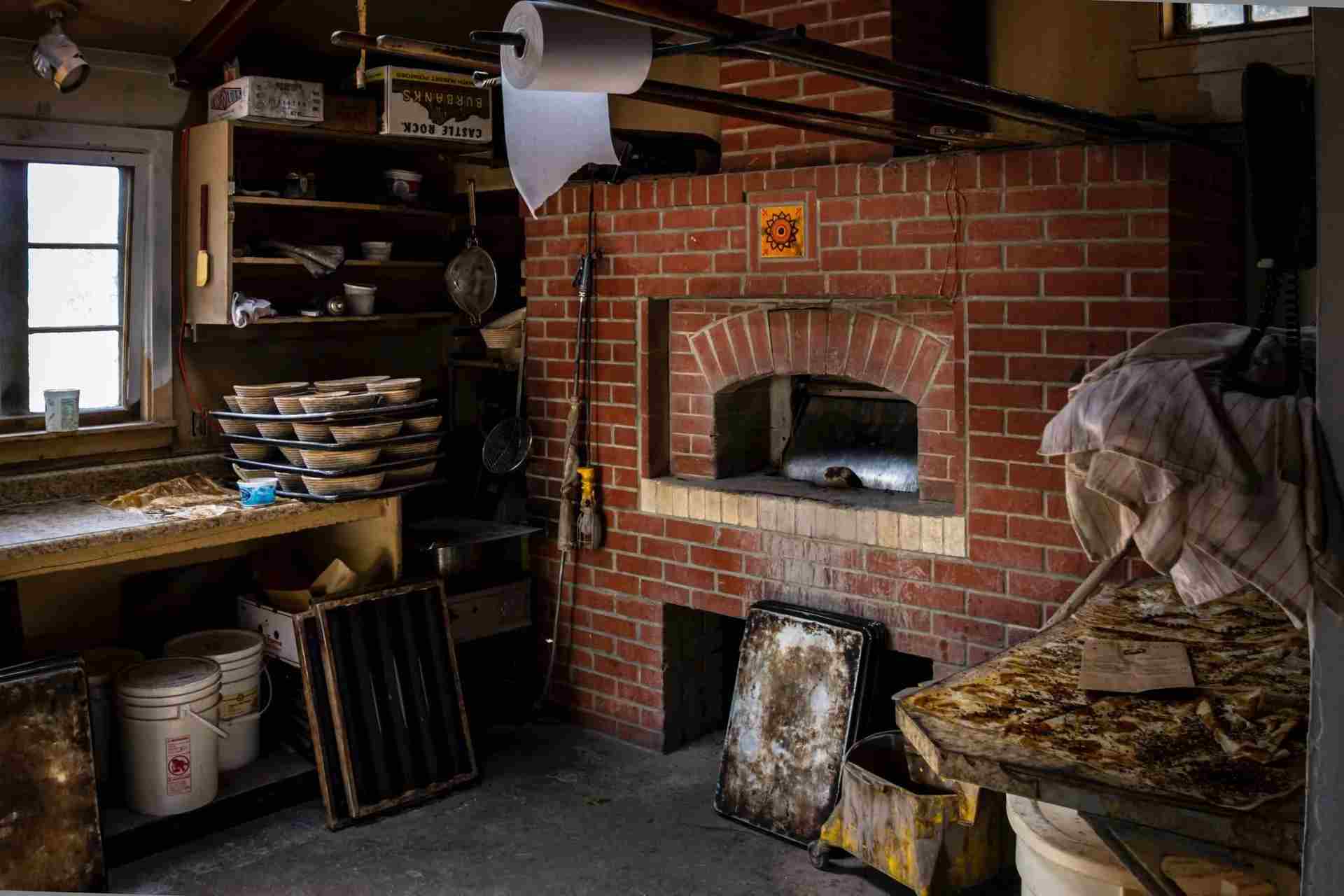 Baking is believed to have originated around Europe and then spread to the rest of the world.

Baking flourished after it became the symbol of decadence in Rome. Now, baking has found its roots so deep in our lives that some of us even prefer to bake our potato chips.

The sweet smell of sugar mixed with butter, the aroma of freshly baked chocolate chip cookies, the crumble of a perfectly baked pie crust, the dropped cookie crumbles on the lap, the ooze of chocolate as we poke into a lava cake, just thinking about these delicious imageries might make you salivate.

The scrumptious baked goods titillate more than just our taste buds. The carbohydrates and sweetness in baked products lead to the release of dopamine, a happy hormone in our brain, which makes this food all the more desirable.

Many people enjoy baking as a hobby while others pursue it as a profession. In the United States, the bakery sector was worth $11 billion in the year 2020 and continues to flourish.

Artistic cakes are gaining popularity as more people opt for professional baking while social media helps in spreading the word. In 2020, cake memes went viral on social media, where realistic-looking cakes managed to bewilder people and made them question their reality.

Read ahead for more baking facts!

Origin And History Of Baking

Baking is more than just a cooking process now. It has taken the form of culinary art.

It is believed that baking ovens were first used in ancient Greece.

A plethora of baking-related artifacts were discovered at excavation sites near Turkey and Palestine, some of them dating back to 5600 BC.

Evidence suggests that early baking began with the use of wild grass.

Wild grasses were soaked and crushed to make a paste which was when heated on a hot rock to make a bread-like food.

The use of yeast in bread was first observed in ancient Egypt, where it was also used for fermenting beer.

The Roman Empire led to the rise and popularity of baking.

The ancient Roman bakers, known as 'Pastillarium,' were awarded generously for concocting newer and finer delicacies.

Baked food and pastries became a symbol of decadence as they became an intricate part of every festivity and party.

The public greatly appreciated the craft of baking; this led the pastry makers to thrive socially and economically.

As the population of bakers grew, an association of pastry chefs had established in the country in 165 BC Rome.

Many familiar baked delicacies that we enjoy today were first created during the Roman Empire, though they were named differently back then.

The modern-day pretzels were called the 'spira,' and torte, the rich dessert filled with cream, jam, butter, or mousse, was called the 'scibilata.'

From Rome, baking spread across the rest of Europe and then to Asia.

London was the first city to impose rules on the trading and baking of baked food.

This was to control adulteration and prevent any unsuitable manufacturing process.

Manufacturers were also mandated to mark their bread with a seal.

Many paintings from this era show bakers selling their goods on the streets.

Around Germany, the scene portrayed children gathered to taste pancakes.

Food items such as potato chips began to be baked rather than fried to reduce oil-based fat and calories.

When baked, the food items retain their iconic crisp while becoming healthier.

In the most rudimentary form, bread making involves preparing the dough and then heating it. It primarily requires three things - flour, water, and yeast (or any other leavening agent). Other components such as milk, sugar, eggs, and flavoring agents are also added depending on the precise recipe of the dish.

A runny dough is called a batter.

Wheat flour is typically the most common flour used for baking.

It consists of gluten and starch, which reacts with the leavening agent during the process of fermentation.

Flours of other grains also used commonly are millet, corn, oats, and more.

Water is used as a mixing agent which glues all the dry ingredients together. Milk is alternatively used for this purpose.

The temperature and quantity of the water would depend on the recipe.

Excessive water can make the baked products soggy, while less water can prevent the dough from rising.

Yeast, baking powder, or baking soda are some of the common leavening agents.

In the process of fermentation, the yeast eats sugar and produces CO2 as a by-product.

Salt resists fermentation; hence it is often used during baking to control the reaction.

Milk and eggs are added during baking to improve the nutritional value and flavors of the baked goods.

Eggs also assist in the process of fermentation, while milk helps in the browning process.

The egg whites are often separated from egg yolks; this is done to make the best use of both elements of eggs.

The yoke of eggs is rich in fat and is used in cake batters, while the whites are usually whisked separately, depending on the recipe and personal choice of the baker.

Once inside the oven, the dough goes through the process of expansion, drying, and crusting/browning.

In the oven, the leavening agents present in the dough react with the heat and create gas which makes the dough rise (expansion).

The leavening agent mixed with other ingredients starts fermenting under heat to release carbon dioxide, the air bubbles trapped inside the dough make it spongy and porous.

Eventually, the temperature of the dough rises beyond the ideal fermentation temperature causing the yeast to die.

After this, the starch (gluten) in the dough begins to gelatinize, which leads the bread/cakes to take up a set structure.

Simultaneously, the moisture from the dough reaches the surface and evaporates, hence further cooking and structuring the dough; this part is called drying.

The browning of the crust occurs because of the reaction between sugar and dry heat; this chemical process is called the Maillard reaction.

This reaction also creates the distinctive flavor and smell that most baked goods have.

The process of heating the dough can vary in a number of ways.

Oven baking uses the closed perimeter of the oven to trap the heat.

Steam baking uses a tightly enclosed utensil that traps the steam from the boiling water present in a layer below the food.

Stone baking is the oldest form of baking which uses a hot stone as the surface of baking.

Grill baking is used to achieve a smoked or charred flavor in baked goods.

Baking is a curated art that requires refinement and patience. Having the right tools for the process can help you reach the pinnacle quickly.

Oven: Some innovative ways of baking do involve hot stones, pressure cookers, and grills, but for frequent baking, an oven is a must

Mixer: A dough has to be thoroughly mixed to avoid lumps and for things like creaming butter. Hand mixers, stand mixers, paddles, and whisks are important components of a baker's kitchen.

Bowl: You might need a few bowls while preparing the dough or batter. Individual bowls can hold the separate ingredients while they can be mixed in a larger mixing bowl.

Scale: A kitchen scale is a crucial tool while baking. To bake well, the key is to use the correct quantity of raw materials; many things can go askew in long cooking processes such as baking.

Mittens: A baker has to deal with hot trays straight in and out of the oven, which makes oven mittens a must.

Mats: As mentioned before, a baker has to deal with hot utensils while cooking. Using mats generously would prevent kitchen table tops from charring or burning.

Sieve: A sieve or a sifter is used to aerate the flour. This assists in the fermentation process and also prevents the formation of lumps in the dough.

Pan: There are different types of pans available for baking different dishes. Muffin pan (with indentations of unique shapes), cake pan, loaf pan, pie pan, and so on.

Pastry Brush: Many baking recipes require egg washing or brushing the dough with butter. A pastry brush helps to do this efficiently.

Before delving into the steps of baking, below are some of the important steps required to perform the said steps.

Flour: All-purpose flour is the most popular choice for baking any kind of confectionery. This is a dry item and can be shelved for a long period of time. It is also used in many non-baked goods.

Powdered Sugar: It is crucial to have powdered sugar as it easily dissolves in the batter. If you do not use powdered sugar in a dough, it will not blend with the rest of the ingredients and leave an undesired texture. Brown sugar is commonly used for its distinctive taste.

Essence: Essence adds an aromatic smell and flavor to food. Vanilla extract is the most preferred essence though it can vary based on personal choice and recipe.

Cocoa: We cannot imagine a confectionary without chocolate. Cocoa powder and dark and milk chocolate chips have a limited shelf life, so you should read the label before storing the product.

Spices: Cardamon, cinnamon, and nutmeg are often used in baked goods in small quantities. This gives baked dishes some of their aroma and flavors.

Every baking recipe follows a different set of cooking rules, yet, some of them remain constant throughout.

Measuring And Mixing: This step involves measuring all the wet and dry ingredients as per the recipe and mixing them well in a smooth dough or batter.

Initial Fermentation: After the dough is molded, it is left alone for a while. During this period, the yeast reacts with the sugar present in the dough to create carbon dioxide and alcohol.

Folding: The dough is once again folded to distribute the ingredients well. It also prevents carbon dioxide saturation, killing the yeast and evenly distributing the temperature.

Portions: Smaller segments or portions are created from the dough. It is during this step that the dough is molded into particular shapes (if intended), or the batter is poured into a container.

Pre Heating: Most recipes require the oven to be pre-heated before the batter or dough is placed inside.

Baking: Then comes the step when the prepared dough or batter is placed in the oven. Often the surface of the dough is seared to prevent it from bursting when the bread rises in the oven.

Cooling: All baked confectionary has to be rested well before being served. It enables the crust of the cake or bread to stabilize.

Storage: The storage of these products should be at a warm and controlled temperature. Some products can be refrigerated or frozen.