Iwo Jima Memorial Facts You Will Find Tough To Believe 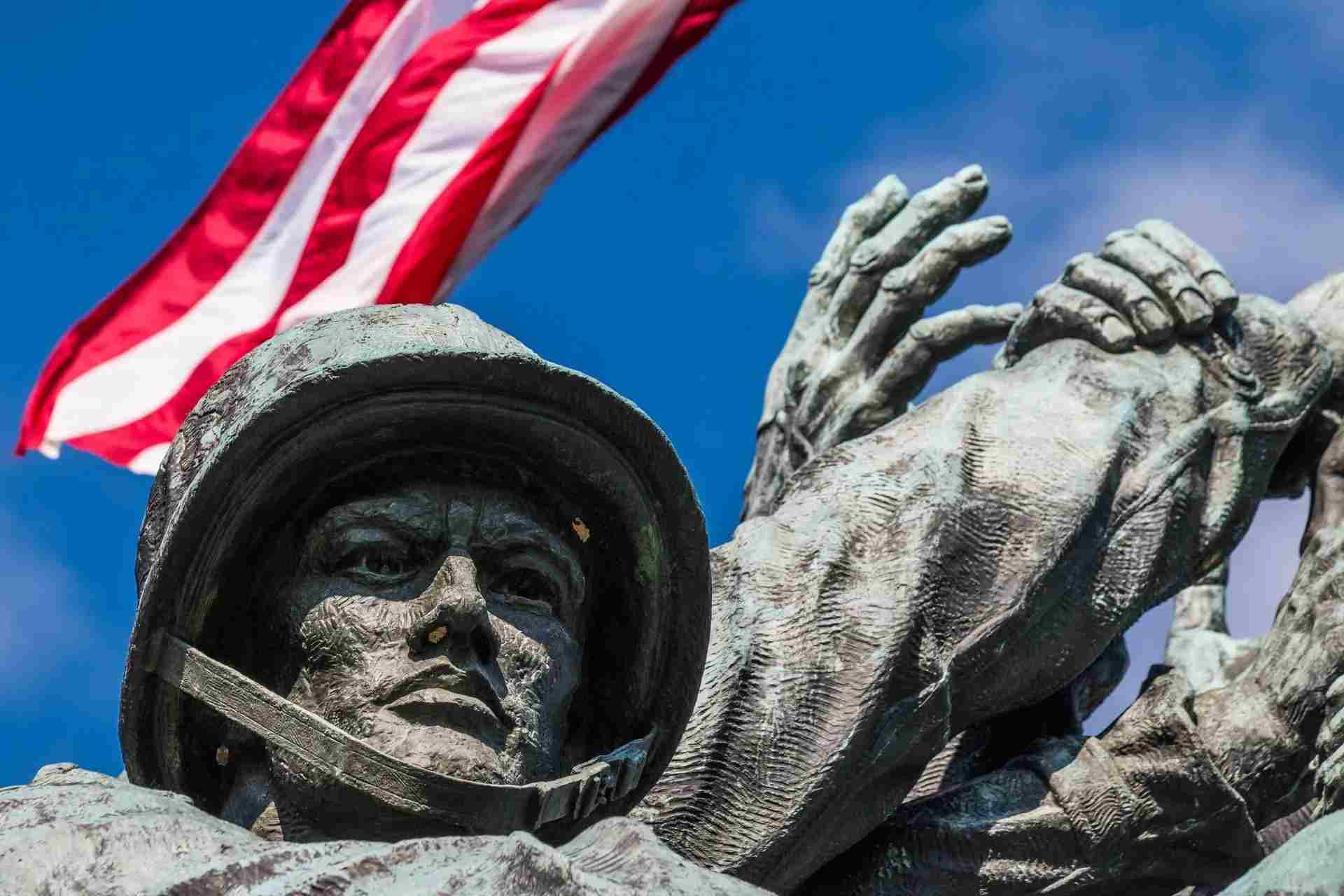 The Battle of Jima played a vital role for the United States. Capturing this island became a symbolic capturing of the Japanese homeland.

Once the island was captured, the United States bombers could have easily flown their fighter escorts over Japan. To show the capture of the island, US Marine Corps raised their national flag on Mount Suribachi. This was one of the battles during World War II, and hence to dedicate gratefulness towards the Marine Corps, the Iwo Jima Memorial was opened. President Richard Nixon, along with the Deputy Secretary of Defense Robert Anderson, was a part of the dedication ceremony that took place on Wednesday, November 10, 1954. The day was also the 179th anniversary of the very foundation day of the Marine Corps.

Read on to know great facts about Iwo Jima that will astonish you!

The Iwo Jima War Memorial is an iconic World War II monument and also a symbol of gratefulness towards those soldiers from the naval service of the United States. This war memorial holds a very important and rich history. Let's look at facts related to this.

Six former marines raised the second and the largest among the two US flags that were raised on Mount Suribachi.

The flag raisers raised the flag on Mount Suribachi on February 23, 1945.

The flag was raised during the Battle of Iwo Jima against Japan in World War II hence making Iwo Jima a war memorial.

Marine Sergeant Bill Genaust, who was a combat motion picture cameraman, captured this flag-raising moment and filmed it in color as he stood beside Rosenthal.

On March 4, 1945, Genaust was killed by the Japanese when he entered a cave on Iwo Jima. His remains have so far never been discovered.

Every year, in Sunset parades, the US Marine Drum and the Bugle Corps lead the parade with a medley of various military standards and famous songs.

Many people believe that the Battle of Iwo Jima was the only battle in which the American casualties outnumbered the Japanese casualties.

Some people also criticize that the Iwo Jima war memorial is not worth the cost as that island was never even used as a staging base for B-29s.

The Iwo Jima memorial is undoubtedly a marker of dedication and gratefulness to the US Marine Corps, who fought in defense of their nation. Let us read more about the memorial inscriptions and markers below.

The memorial has rear and front inscriptions. The date and location of every vital US Marine Corps until now is inscribed in gold letters and words around the memorial's polished black granite upper base.

On the west side or on the front side, 'Uncommon Valor Was A Common Virtue', which means 'Semper Fidelis', is inscribed.

On the east side or on the rear side of the memorial, an inscription in honor of the Marine Corps who fought and gave their lives for the United States since 1775 is inscribed.

On the front side of the memorial, specifically on the bottom left and right sides, the names of Felix de Weldon and Joe Rosenthal are also inscribed.

The Iwo Jima is a monumental piece that pays respect and gratitude to those who sacrificed their lives for their nation.

Q. Where is the Iwo Jima Memorial located?

A. Iwo Jima Memorial is a monument located in Arlington, Virginia.

Q. Who are the soldiers in the Iwo Jima Memorial?

Q. How many Iwo Jima Memorials are there?

A. There is one original Iwo Jima Memorial which is in Arlington, Virginia. Although, a small model of this statue is also located at the Spruance Hall, U.S. Naval War College, Newport, Rhode Island.

Q. Why is the Iwo Jima Memorial important?

A. The Iwo Jima Memorial is important because it depicts and is dedicated to all the US Marine Corps who sacrificed their precious lives while protecting and defending their country.

Q. How many men are raising the flag at the Marine Corps Memorial?

A. There are six soldiers raising the flag at the Marine Corps Memorial.

Q. What obstacles did the Iwo Jima Memorial face?

A. Iwo Jima Memorial faced a lot of criticism because pundits did not feel that it was worth the cost.

Q. How tall are the figures on the Iwo Jima Memorial?

Q. How far is the Iwo Jima Memorial from Arlington?

A. It takes around five minutes to drive from Arlington to the Iwo Jima Memorial, and the memorial is around 1.8 mi (3 km) far from Arlington by car.

Q. What time to get a spot watching fireworks at the Iwo Jima Memorial?

A. The Washington DC fireworks start around 9 p.m. EDT or 8 p.m. CT. But they are very famous, and hence getting there as early as possible would help in getting a better spot to watch fireworks at the Iwo Jima Memorial.