Where Does Cotton Come From? Cotton Fabric Facts To Explore | Kidadl

Where Does Cotton Come From? Cotton Fabric Facts To Explore 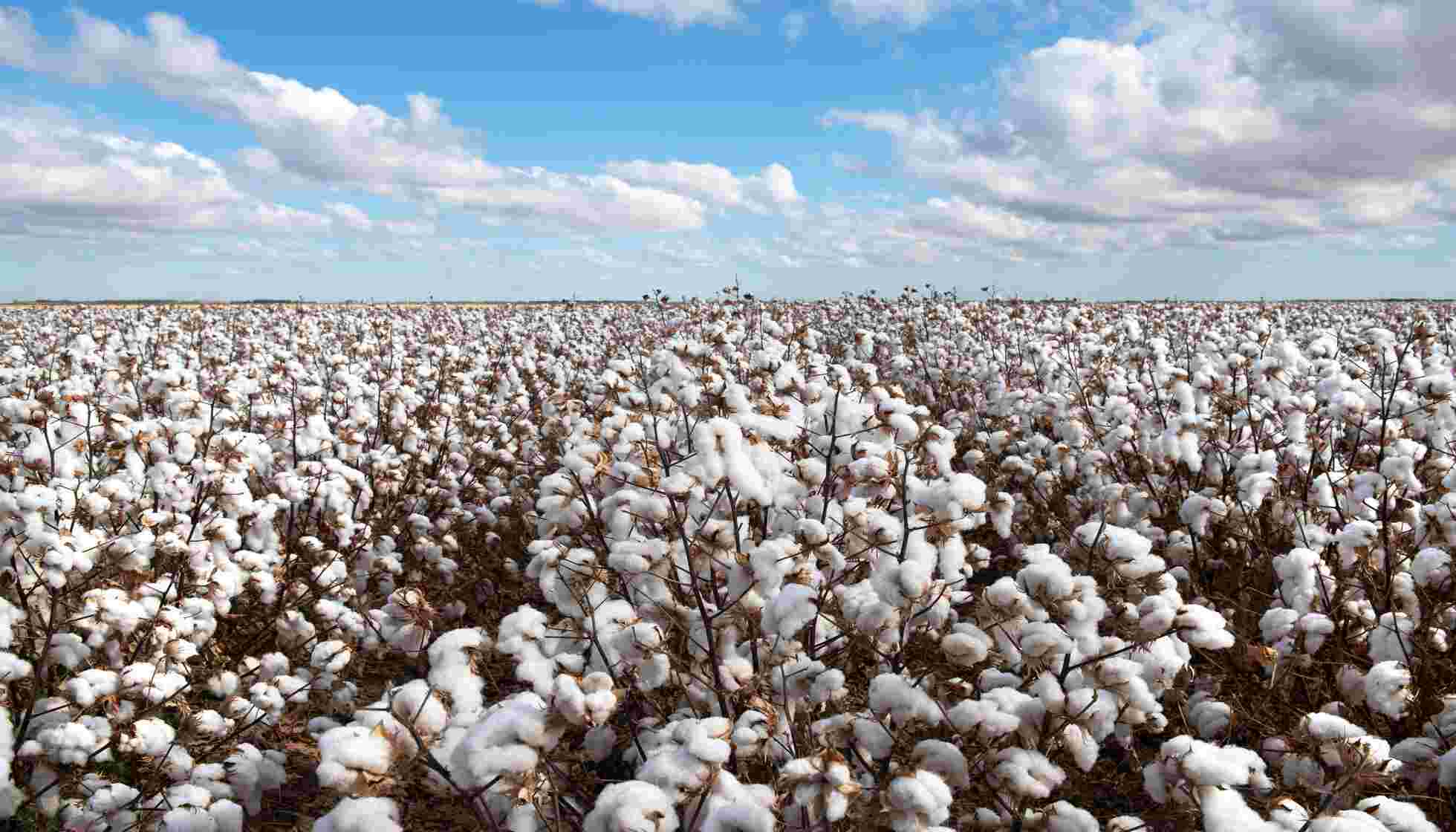 Cotton is the most acknowledged fiber, used either in the pure or as a blended form to make much of the world's clothing.

The cotton is an angiosperm, dicotyledonous plant of the genus Gossypium belonging to the mallow family Malvaceae. The plant is a shrub growing from seeds.

Cotton cultivation requires plenty of sunshine, a long frost-free period, reasonably heavy soil, and a moderate rainfall from 24 - 47 in ( 60 - 120 cm). These conditions are naturally met within the tropical and subtropical regions in the northern and southern hemispheres. Nowadays, a large percentage of cotton is cultivated even in areas that draw water from irrigation due to less rainfall. Ages ago, cotton was handpicked, but since it was a grueling process, the cotton gin was invented, making cotton production easier. However, the quality of the product is also reduced.

Cotton is used in many ways as it is hypoallergenic to the skin. It is preferred in making various textile products such as bath towels, robes, denim, socks, underwear, cambric, bedsheets, corduroy, seersucker, and T-shirts. It is also used to make yarn for knitting and crochet.

Besides, cotton is also used for medical and cosmetic purposes and in the making of fishing nets, tents, coffee filters, cotton paper, and bookbinding. After the cotton is picked, the residue is used to produce cottonseed oil, which can be used like any other vegetable oil after refining. The cottonseed meal and hull can be fed to dairy cattle. Cotton linters referred to as cotton wool in the United Kingdom and absorbent cotton in the United States, are traditionally used to manufacture paper and cellulose.

If you liked reading about the history of the cotton plant. Do check out our other interesting articles, like where does chocolate flavoring come from? and where does cork come from?.

The origin of the cotton plants can be discovered in the warm climates of all tropical and subtropical regions around the world. Most of the world's cotton is mainly produced in Egypt, Uzbekistan, the Southern United States., China, India, and Pakistan. Other leading countries in cotton production are Brazil, Africa, and Turkey.

Cotton is a soft, fluffy, cream-colored, delicate natural fiber that grows in a rounded capsule wrapped around the cotton plant's seed, and we get the pure cellulose cotton fibers from its flower. To get cotton, the process begins with the fluffy fiber found in a boll wrapped around the seeds of the cotton plants. The soft fiber picked from the seeds is called lint. These cotton bales are then cleaned, fluffed, and separated from seeds and dirt when picked and stored in the fields.

The raw cotton is compressed, stored, and is ready to ship off to textile industries for further production. Later, the cleaned and fluffed raw cotton is aligned and straightened through a carding machine. The short fibers are spun into long untwisted cotton yarn ready for weaving the soft and breathable cotton fabrics.

Did you know commercially grown cotton has four species around the world and Pima cotton is the finest cotton type? So, let us find out what makes this cotton type so unique.

The American cotton variety Pima cotton is an ultra-soft fabric that has a long fiber length. It is considered one of the few kinds of cotton extra-long staples of length longer than 1.34 in (4 cm).

Pima fabric is made from a specific cotton plant called Gossypium barbadense. It is found in a variety of tropical and sub-tropical areas and is highly susceptible to frost damage. This grows as a small tree with bright yellow flowers that produce long cotton fibers. It is often grown in the Southwest United States and is trademarked as Supima cotton. Similarly, Kasturi cotton is an initiative taken by the Indian government for Indian long-staple cotton for brand-building.

Pima cotton is known for its incredible softness and richness of fabric texture. This type of cotton is commonly used in making luxury clothing like loungewear, bathrobes, and nightgowns. It is extremely popular as bedsheets fabric. Unlike other cotton fibers, Pima cotton has resistance to pilling due to its long fibers. To retain the quality of this cotton, it is usually handpicked from the cotton boll instead of using the cotton gin.

In today's clothing, natural cotton is the most widely used fiber. It is the most abundant organic polymer on Earth, which is renewable and a sustainable resource. Egyptian cotton is a term broadly applied to the extra-long staple (ELS) cotton produced in the Nile river valley in Egypt. It is known to be the best cotton in the world. It is the world's finest cotton, which grows about one-fourth to 2 in (5 cm) staples and makes the highest quality fabrics with exceptional durability. Its characteristics, such as the fiber's length and strength, make the fabrics more solid and resistant to stress, which sets Egyptian cotton apart from other natural fibers.

Pima cotton is compared to Egyptian cotton. They both are used in making premium-quality bed sheets and a variety of cotton products. Pima cotton is a cousin to Egyptian cotton, which belongs to the same scientific class: Gossypium barbadense and has the same qualities like high resistance, low pilling, and wrinkling. While comparing which one is the best? Both are soft and comfortable, but the location and the price may influence your decision. Pima cotton costs less and is more affordable than Egyptian cotton.

Where does the cotton to make clothes come from?

The cotton plant, native to Asia and Africa, has been cultivated in warm climates for its fiber and seeds. It is widely exported to many countries around the world. Dating back to 5000 years ago, cotton production was practiced in what is now known as Peru and Mexico. At about the same time, the cotton was grown and easily accessible in ancient Egypt's Nile valley, India, and the Indus valley of Pakistan.

The word cotton originated from the Arabic word qutn or qutun, which means fine textiles. Cotton is natively a perennial plant, but nowadays, we grow and harvest it as annual.

Cotton is grown on six continents with a 50% share of the world's fiber market. In the United States, it is commercially grown in the southern states such as California, Texas, Arkansas, South Carolina, Georgia, and Oklahoma.

India accounts for 24% of the global cotton production. The significant parts of the country where cotton plants are grown and harvested are Punjab, Haryana, Madhya Pradesh, Gujarat, Maharashtra, Rajasthan, Uttar Pradesh, and parts of Andhra Pradesh & Karnataka. The irrigated crop here is sown from March-May whereas the rain-fed crop in June-July.

Initially, cotton production was a cottage industry where spinning and weaving were done at home. The women and children spun the raw cotton into yarn and delivered it to merchants, who passed it to a weaver to get the handloom. Later in the late 18th century, the spinning machine was invented revolutionized cotton production.

Here are a few exciting fabric facts about cotton you may like to know:

Organic cotton is a type of cotton that is not genetically modified and grown without synthetic agricultural chemicals. The production of organic cotton enhances biodiversity, and thus its worldwide production is gradually increasing in many countries.

The Sea Island cotton, named after a group of islands along the coast of South Carolina, is considered the most expensive cotton in the world. It is a soft and luxurious fabric with its origins in Latin America. United States currency paper is made of 75% cotton. Cotton was first spun by machinery in 1730.

The cotton gin, which changed the face of the cotton industry, was invented by Eli Whitney.

Where does cotton candy come from?

Cotton candy resembles cotton fiber and is spun sugar confection made by spinning heated and liquefied sugar centrifugally through minute holes. TThe sugar rapidly cools and re-solidifies into fine strands rolled onto a stick or paper cone or in a plastic bag and served. It is also popularly known as candy floss or fairy floss throughout the globe.

The origin of cotton candy can be traced to Europe in the 19th century, whereas some versions suggest it originated in Italy in the 15th century. It usually contains small amounts of flavoring and food color, which make it look colorful.

Here at Kidadl, we have carefully created lots of interesting family-friendly facts for everyone to enjoy! If you liked our suggestions for where does cotton come from? Cotton fabric facts to explore then why not take a look at pet cat dander: How to get rid of cat dandruff? Or getting rid of ladybugs: how to get rid of Asian beetles?