100+ Best Bug Puns And Jokes That Are Really Fly | Kidadl

100+ Best Bug Puns And Jokes That Are Really Fly 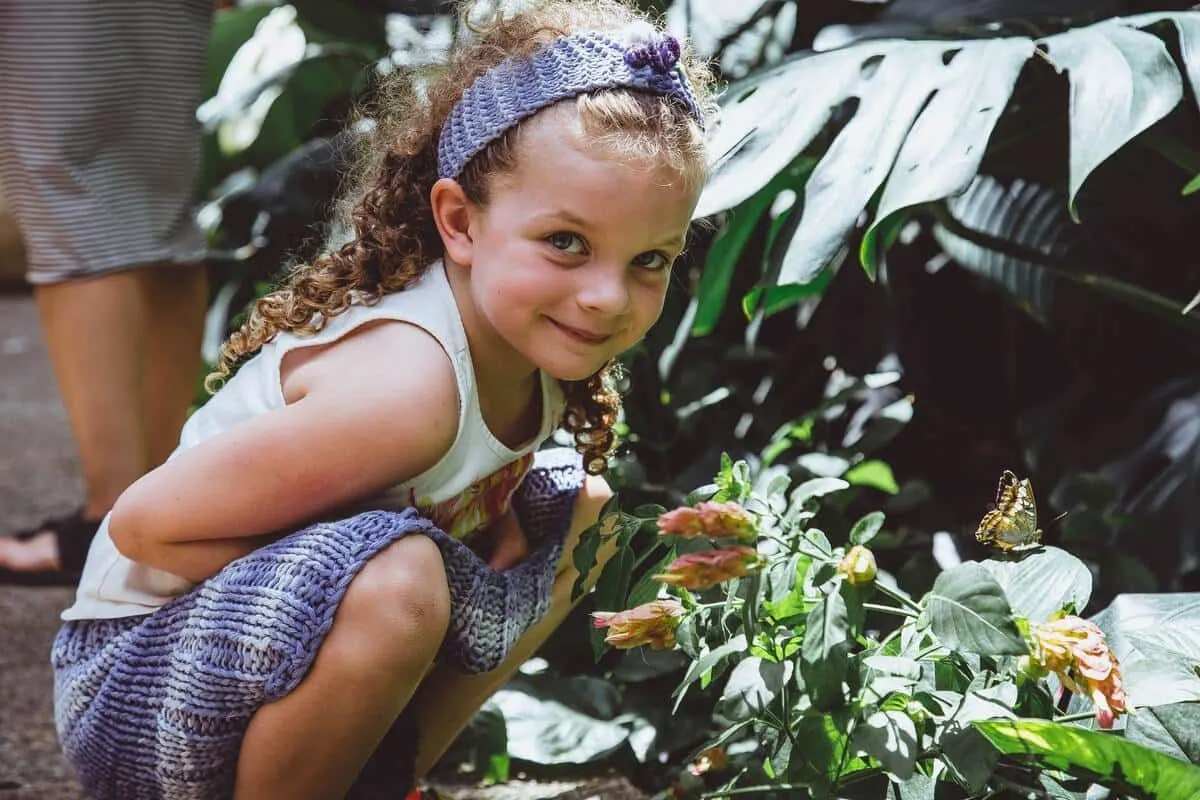 Bugs sometimes can sometimes be scary and cause everyone to be annoyed.

There are hundreds of thousands kinds of bugs out there in the world, and while most might be gruesome, some of them are cute. Some people even keep some harmless bugs as their pets.

Not all bugs are harmful, but all of them are an important part of our ecosystem. They play big parts in keeping the perfect balance. We've all heard about our entire ecosystem might collapse if the bees go extinct. So, these bugs deserve a lot of appreciation and if you're scared of them, then we're sure these pest puns or the bug one liners will help you. We've made a compilation of fly puns, bee puns, ant puns, bed bug puns, ladybug puns and funny butterfly puns and jokes. Have a buzz.

For more such articles, you can go ahead and check out ant puns or you can also look at bee puns.

These puns about bugs and butterflies are simply hilarious. Take a peek.

1. The teacher entered the classroom and saw that there were some insect puns written on the blackboard. He turned to Bobby and asked, "Did you write it?" To which, Bobby replied, "no, katydid."

2. My niece asked me for some insect puns. I just hope that they don’t fly over her head.

3. I don't like any insects, huge or small. They really bug me.

4. I went to an all insect restaurant, but their service was quite terrible. Apparently fly-tipping isn't allowed.

6. My sister is an artist. She mainly sketches pesky insects and doesn't shower much. She draws a lot of flies and gnats.

7. A man went to the doctor complaining that he kept seeing some insect buzzing around him. The doctor just told him not to worry; it was just a bug that was going around.

8. I opened a nightclub and hired some small insects to discourage shady people from entering. The insects were my deter ants.

9. All the ants of the world have their own city, and it's called 'Antlantic City'.

10. My colleague has an insect parasite that sucks blood because it can't stop fidgeting. He just has a nervous tick.

11. My friend asked me to choose a parasitic insect egg for him to eat. I said no because I hate nit picking.

12. I doubted a gorgon when it told me that it had the ability to turn me into an insect grip. But then I looked at her face, and now I am a bee lever.

13. I had a friend who was a CIA agent. One day she arrived at a hotel in Egypt, where dead insects were all over the floor. She was sweeping for bugs all day.

14. My bank recently hired a scientist that specializes in small insects. I guess she's an expert on fine ants.

15. I decided to develop an exercise routine for insects. It's not going that well. Guess I have to work out the bugs.

16. I complained to my landlord about the ten insects that were in my flat. He told me that's the previous ten-ant's fault.

17. My house is filled with insects that help me with my taxes. I guess they're account ants.

18. Today, I saw a green insect on a car window. It must have been some kind of glasshopper.

19. In ancient Egypt, if you carried a stinging insect in your hand, you were considered very attractive. That's because beauty was always in the eye of the beeholder.

20. A moth flew into my entrance door today and fell to the ground. I was able to resurrect him using mouth to moth breathing techniques.

22. My brother was very nervous because he ate some insects. He felt like he had butterflies in his stomach.

23. Today I saw a tiny insect carrying a bottle of Febreeze. It was a deodor-ant.

24. My mother recently bought a trap to help with our bug infestation problem. But it wasn't successful. I let her know that we need to find some different ANTS-ers.

25. I told my sister that I needed an insect to help me prove my innocence at court. She told me that I should use an Aphid David.

26. There was a new film out. It was about two insects who met in Italy. It was a Rome-ants film. Here you'll see some of the funniest bug puns and insect one-liners.

28. I had a friend who used to crossbreed insects. I liked him at first, but then soon I got tired of the ant-ticks.

29. I really can't stand people that make insect jokes. They are very irritating to bee around.

30. Today I saw a big flying insect coughing up blood. Well, I think it ending up joining the tuberculocust community.

31. An insect that likes to mediate discussions between different insect groups is called a diplognat.

32. Recently, I made a few jokes about insects on the fly.

33. There's a similarity between a baseball player and a spider. They can both catch a fly.

34. A’s are actually like flowers. It's because the bee’s usually come after them.

35. Today I saw a rabbit that had beetles all over it. It was a Bugs Bunny.

36. There is a variety of bugs even smarter than talking parrots. They are the spelling bees.

38. Today, I saw an amazing film about a gigantic insect. It was an XL ant production.

39. I once heard a rumour that a giant butterfly was roaming around London. It was probably just some urban moth.

40. Yesterday, I saw an ant-elope. It was supposed to be the first insect wedding that I attended.

42. I was delighted to win the Halloween dress-up competition. I’m still buzzing from the accolade.

43. Today some flies were playing football in the saucer. They hope to qualify for the cup next week.

44. There were two beetles who were born as brothers. One travelled the world, made friends, and was an inspiration to other insects while the other ended up in jail. The first brother seems to be the lesser of two weevils.

45. I saw some bees going to school today. They were on a school buzz.

46. Two-bed bugs met in the mattress and got married in the spring.

47. I saw some fireflies at a race this morning. The conductor started the race by yelling "Ready, Set, Glow!".

49. I went to Moth school for the first time yesterday. They were teaching Mothematics in the first period.

50. There was a sick wasp at our home. So, I told my sister to take it to the waspital.

51. A boy threw a chunk of butter out of his window. He said he just wanted to see a butter fly.

Here we have some new and fresh bug jokes to laugh at on a bad day.

52. What do the fireflies eat? They eat light snacks.

53. What do we call a blood-sucking, barbecued insect? Mesquite-o.

54. What do we call an insect that is good at everything? A slaying mantis.

55. What is the name of the most dangerous insect? It's the hepatitis bee.

56. What insect is bad at football? The fumblebee

57. Why does every military base have very few insects? Military bases are no-fly zones.

58. What do we call that one insect that bites during worship? We call them Mosque-itos.

59. Are insect sprays good for wasps? It's not, it kills them.

60. What kind of insect can kill germs?  A disinfect-ant.

61. What would you call a bug if it had four wheels and one trunk? It'd be called A Volkswagen Beetle.

62. What would a blood sucking insect be called if it learned Latin? It would be called a Roman-tic.

63. What did the priest say to get rid of the insects in his church? He said, "let us spray".

64. What would you call an insect that went undercover? A spyder.

65. What medicine do insects have to regularly take? Antacids.

66. Where do ghosts scare away all insects? In Boo-da-pest.

67. What insect is the hardest to understand? A mumble-bee.

68. What does an insect with a stinger say after a meal? It says, "that was beelicious".

69. What do you call a hybrid insect that doesn’t talk to anyone? A mute-ant.

71. Which is the coolest part of an insect? A bee’s knees.

72. What game do insects like to play the most? Cricket.

73. Where do insects go for fruit shopping? Applebee’s.

74. Did you hear about the experiment where they taught insects how to use Microsoft office? The entire thing was Excel Ant.

75. What do you call an insect that is always dissatisfied with its life? A grumble bee. These are some of the best bug jokes that you can also use for your Instagram captions.

77. What did the giant ant decide to name his son? Eleph-ant.

78. What is an insect researcher’s favorite car? A bug-gy.

79. What do you call the horns that are for insects? Ant-lers

80. What do you call a bug that doesn't care what you say?  Non-compli-ant.

81. Which insect has the best sense of smell? The Scentipede.

82. What would you call a modest insect? A humblebee

83. What are the pillars of the insect’s temples called? Cater-pillars.

84. What clothing item do insects love the most? P-ants.

85. What do you call an insect that just got a perm? A frizzbee

86. When do all the spiders go on their honeymoon? They go after their 'webbing' day.

87. Which insect has the best memory? The US bees.

88. What kind of insect falls over the most? A tumble-bee

89. Why weren't butterflies allowed to enter the dance? Because it was a mothball.

90. Why was the centipede late for his office? Because he had to put on his shoes to go outside.

91. What letter has the ability to hurt you if you get too close to it? B.

92. Why did the fly always avoid landing on the computer? Because it was scared of the world wide web.

93. What do you call a snail that travels the world by ship? A snailor.

94. What would we call a fly without its wings? A walk.

96  What stays on the ground but spans a hundred feet in the air?  A centipede on his back.

97. What animal is the strongest? A snail because he carries his home on his back.

98. What does a frog like to eat the most? French flies.

99. Why did the fly fly away? Because it saw that the spider had spied on her.

100. What would you call an insect that thought he was on the moon? A lunar tick.

101. What do the bees brush their hair with? A honeycomb!

Here at Kidadl, we have carefully created lots of great family-friendly puns for everyone to enjoy! If you liked our suggestions for bug puns and jokes, then why not take a look at fish jokes and puns, or for something different take a look at llama jokes.