60 Books For Children To Learn About Diversity | Kidadl It's never too soon to talk to our children about race.

Starting conversations about diversity early is a really important step towards creating a more equal society for their future. It might be difficult or uncomfortable at times, but it's crucial that we have these important discussions with our children from an early age so that they can grow up free of prejudices and take this awareness forward with them into the next generations.

It has been said that books offer 'mirrors and windows' into the world around us, and this is a beautiful analogy for the importance of seeing diverse protagonists as well as those who we find familiar. Rather than telling our kids we "don't see colour", we can teach them to honour our differences, how other children might have different experiences because of them and why every identity should be celebrated in its own right. Diversifying our family's bookshelves and reading about racial identity with children is a great way to normalise these topics in our households and can really help explain racism to kids in an accessible and educational way.

With the help of some amazing external resources - which we have outlined below - we've put together a considered and curated list of 60 children's books about race that we have found really helpful when talking to our own kids. We've covered each age bracket and included lots of recommendations that the Kidadl team has received from our own community, but as ever we'd love to hear your feedback via [email protected]

Keep scrolling for some key pages to bookmark as resources, as well as an overview about what each book is about. This is just the start, but it's a great place to begin.

We'd like to credit the resources below for providing such wonderful guidance for this list. These places are a great way to continue educating ourselves and our children and keep such important conversations going.

Striving to raise a braver generation who are informed and thoughtful about racial identity.

A comprehensive guide to instilling anti-racism in our children and our households.

A wonderful list of social justice resources to help when explaining racism to your kids.

To see this diversification reflected in our children's schooling, change.org are petitioning to introduce texts on racism and more POC writers into our GCSE reading lists.

For more ways that you can help support and donate to this movement, head to Black Lives Matter.

Books serve as 'windows and mirrors' into the world around us.

Introducing our youngest activists to the world's most powerful figures and civil rights movements. We particularly recommend Maya Angelou: My First Maya Angelou by Leire Salaberria and Lisbeth Kaiser.

The Skin I'm In: A First Look At Racism by Pat Thomas

Celebrating difference and making the issue of racism as easy to understand as possible.

A powerful tale from 1962 of an African-American boy discovering snow for the very first time.

A Poem For Peter by Andrea Davis Pinkney

One hundred years later, Pinkney celebrates this tale from Ezra Jack Keats in a dedication to its main character.

Look Up! by Nathan Bryon

An awe-inspiring story of little Rocket with big dreams that will send you to the stars.

An inspiring true story of Florence Mills, navigating the knowledge of her parents' former slavery through the power of song.

We Are Grateful, Otsaliheliga by Traci Sorell

Sorell honours a Native American community in this heartwarming story that will develop young children's understanding of racial roots.

Tell the story of Rosa Parks to your youngest kids through this beautifully illustrated picture book.

When We Were Alone by David A. Robertson

A curious young girl learns all about her grandmother's cultural difference.

Preaching To The Chickens by Jabari Asim

A funny and inspiring glimpse into the childhood of civil rights pioneer John Lewis.

Start early teaching your little ones about the importance of consent and not 'othering' their peers.

The Day You Begin by Jacqueline Woodson

A young girl feels like an outsider at school until she discovers the power of storytelling.

We are all different, and that's lovely.

Freedom Over Me by Ashley Bryan

Ashley Bryan helps parents talk to kids about racial history through this powerful picture book bringing the lives of 11 slaves to life.

A young girl and her family fight for desegregation in Californian schools.

The Colors Of Us by Karen Katz

A look at skin colour from the perspective of seven-year-old painter Lena.

Encouraging all children to tell their stories and listen to one another's.

A springboard for parents to start talking to kids about race and navigate difficult conversations about white privilege.

My Hair Is A Garden by Cozbi A. Cabrera

A touching story about self-acceptance, self-love, and the importance of being kind despite our differences.

Eight-year-old Olemaun reminds us of the importance and power of reading.

Moses: When Harriet Tubman Led Her People to Freedom by Carole Boston Weatherford

An accessible and emotive telling of one woman's journey from slavery to freedom.

The true story of a Mexican-American girl confronting her injustices in the 1920s.

Malcolm Little: The Boy Who Grew Up To Become Malcolm X by Ilyasah Shabazz

A touching biography from the daughter of one of America's most influential figures.

The Crossover by Kwame Alexander

One Crazy Summer by Rita Williams-Garcia

Three girls learn all about their family during the poignant summer of 1968.

A gripping story about finding your feet in face of school-life difficulties and a traumatic past.

Jacqueline Woodson tells the story of her childhood through the beauty of verse.

An emotional tale of survival during Hurricane Katrina.

Schomburg: The Man Who Built A Library by Carole Boston Weatherford

A picture book full of poems that tracks the work of historian Arturo Schomburg.

I Am Not A Number by Jenny Kay Dupuis & Kathy Kacer

The true story of eight-year-old Irene as she is removed from her First Nations family and sent to a residential school.

Something Happened In Our Town by Ann Hazzard, Marianne Celano, and Marietta Collins

One black family and one white family discuss the police shooting of a black man in their community.

Poems and illustration celebrate the life of Fannie Lou Hamer, a pioneer of equal voting rights.

Ruth And The Green Book by Calvin Alexander Ramsey

A thought-provoking story of one black family's car trip from Chicago to Alabama in the 1940s.

Introduce your children to 40 women who changed the world through beautiful illustrations.

Shining Star: The Anna May Wong Story by Paula Yoo

A Chinese-American girl fights to become a movie star in the early 20th century against all odds.

The Whispering Town by Jennifer Elvgren

The gripping story of a Jewish family sheltered by Danish neighbours during the Holocaust.

Sit-In: How Four Friends Stood Up by Andrea Davis Pinkney

A celebration-in-pictures of how four college students' peaceful protest became a key moment in the fight for racial equality.

The Boy And The Wall by the Aida Refugee Camp

A bilingual book written and illustrated by children of a Palestinian refugee camp.

Malorie Blackman imagines an alternative society where racial history and prejudice is reversed.

A gritty novel about the struggles of urban reality for 15-year-old African-American Tyrell.

This Side Of Home by Renée Watson

A poignant coming-of-age novel about sisterhood and friendship in the face  of institutionalised racism.

To Kill A Mockingbird by Harper Lee

A classic must-read about life in a small Southern town during the American Great Depression. Although To Kill A Mockingbird is a really valuable text, it's important to note that it explores race through the lens of a white author and white narrator.

Two teens grapple with an act of violence that throws their community into racial tension.

A powerful book based on a series of real-life shootings of African-American teenagers.

How It Went Down by Kekla Magoon

The shooting of a young black boy throws a town into uproar.

Out Of Darkness by Ashley Hope Pérez

A striking novel of one young man's search for answers after his brother dies at the hands of the police.

The Bluest Eye by Toni Morrison

A young black girl prays for beauty in a society that refuses to see hers.

The Hate U Give by Angie Thomas

Inspired by Black Lives Matter, this thought-provoking story follows what happens to a young girl after witnessing the shooting of her friend at the hands of the police.

This Is What I Know About Art by Kimberly Drew

Arts writer Kimberly Drew shows us how art and activism are intrinsically and importantly linked.

Laura grew up in London and loved special family trips out to the theatre, Science Museum and all of the city's wonderful parks. She loves travelling, writing, drawing, exploring new art exhibitions and finding the best food and drink spots in the capital! At Kidadl, Laura handles our social media channels and is part of the busy brief writing team, creating the blueprints for the diverse range of articles you'll find across the site. She also dabbles in graphic design pieces for Kidadl's Instagram and writing blog articles full of family fun herself. 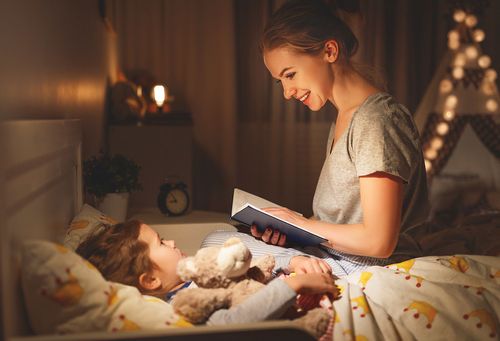 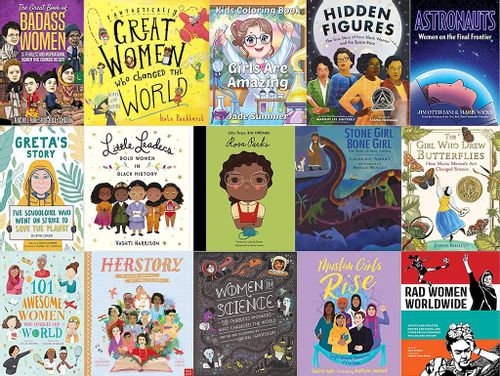 14 Things That Happen To Every Parent When Reading To Kids