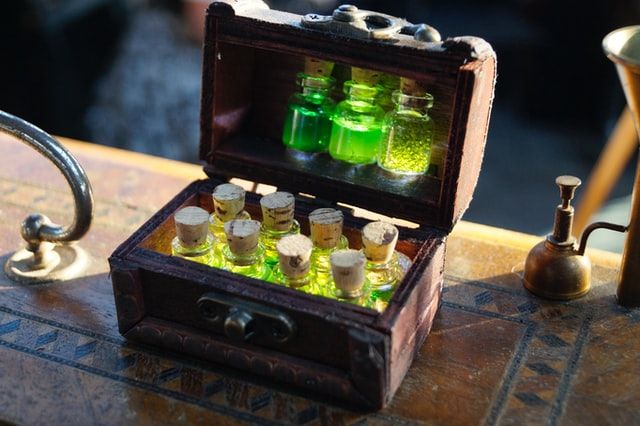 The draughts have existed in tales of mythology promising cures to impossible things. One can have a love potion, immortality potion, and potions to cure all sorts of diseases.

There are several health potions that do work to heal the body upon proper use, known as medications. Celebrate Brew A Potion Day and embrace this fun holiday by mixing up a potion for yourself.

Where is Brew A Potion Day celebrated?

Brew A Potion Day is a holiday observed all over the United States.

Who is Brew A Potion Day celebrated by?

The day is celebrated by the people of the United States who want to explore the ideas of different potions.

When did Brew A Potion Day first start?

Nothing is known about the first celebrations of Brew A Potion Day.

Who started Brew A Potion Day?

There are no records that reveal the identity of the founder of Brew A Potion Day.

In earlier times, brewing a potion was chiefly the domain of women. They blended oils, herbs, and other ingredients with salubrious properties to prepare a potion for health and healing. Apart from health potions, people also rushed to grab love potions, immortality potions, sleeping potions, positive potions, and others with magical properties. These magical potions sometimes employed malicious ingredients which acted as poison. Despite the celebrations around the day, nothing is known of the founder and origin.

However, you too can celebrate the day on January 19, and brew your own potion!

French speakers use the word ‘potion’ for the first time.

Unregulated apothecaries were shut down under UK Parliamentary Act.

Brewing potions became a means for women to create an income.

Brewing potions became a means for women to create an income.

People celebrate the day by engaging in events where they prepare different potions with their family and friends. Social media also sees the trend of Brew A Potion Day where people post awareness pictures and different potion ideas.

Ways To Observe Or Celebrate Brew A Potion Day

To celebrate the event, brew a healthy potion for your friends and family. Do some research on the best herbs and ingredients to prepare a healthy concoction. Spread the day’s awareness on social media using #BrewAPotionDay.

Brew A Potion Day is observed every year on January 19 in the United States.

Brew A Potion Day is celebrated to honor the art of brewing potions.

Different events are organized across the US on Brew A Potion Day.

FAQs About Brew A Potion Day

When Is Brew A Potion Day?

Brew A Potion Day day falls on January 19, every year.

What Is The Significance Of Brew A Potion Day?

Brew A Potion Day is observed to commemorate potions that were used to parry illnesses and the art of brewing potions.

What Is Used For Brewing Options?

Several natural herbs, oils, and other ingredients with health-benefiting properties are blended to prepare different beverages.

Why Is It Called This?

Here at Kidadl, we have carefully created lots of great content about events happening every day around the world! If you liked our suggestions for Brew A Potion Day then why not take a look at Teddy Bear Picnic Day, or World Hearing Day.