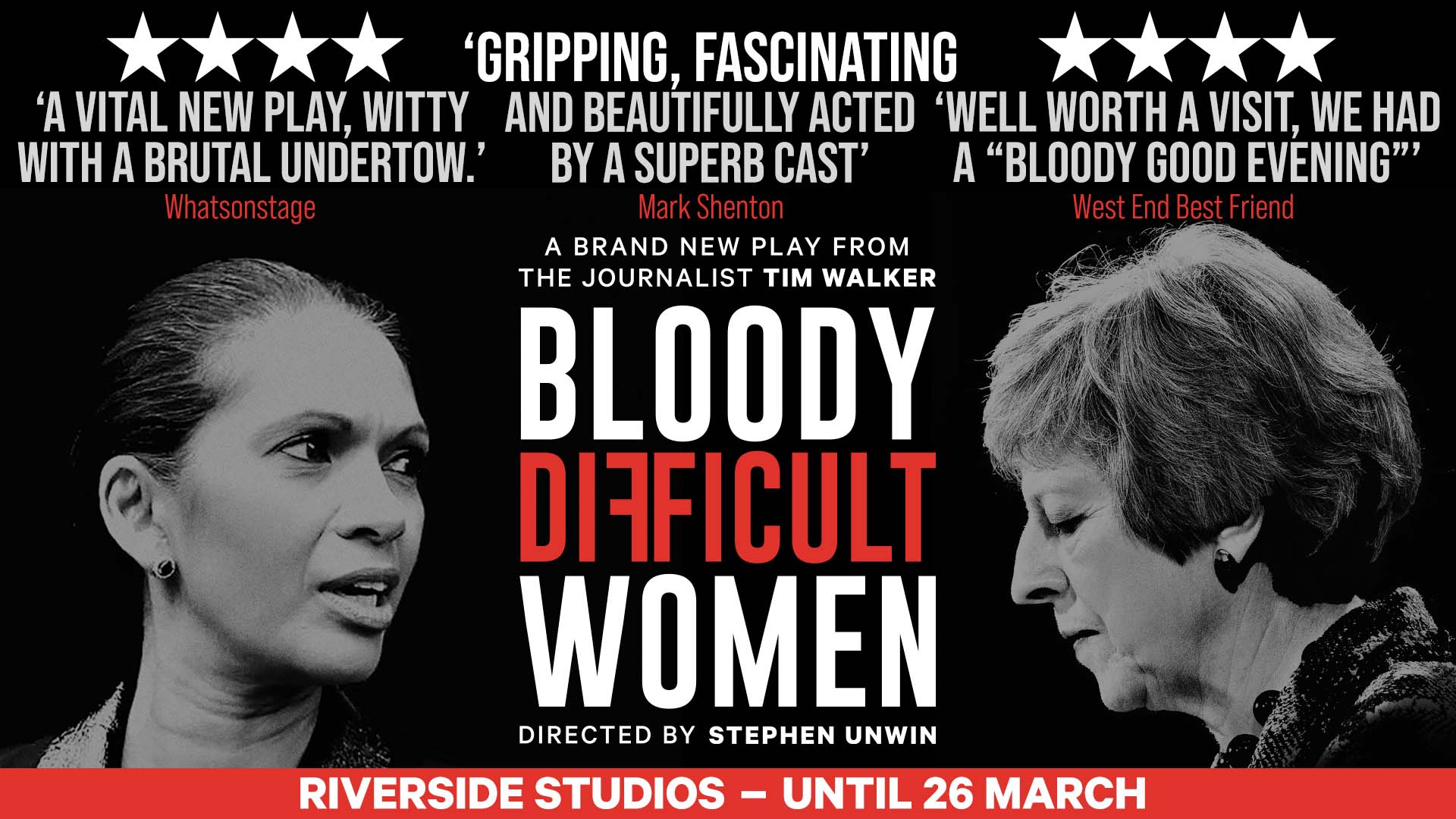 Tim Walker, the broadcaster and journalist, is bringing his brand new drama to London. Walker brings thunderous political events of recent years to life, centring on two women in a power struggle. The play is best categorised as a drama, and as the court case between Mrs Miller and Mrs May plays out, we realise in the end that there's no loser or winner in this tragedy. Enjoy the lead up to the finale that's infused with tension and drama. The show is being performed at Riverside Studios, and audiences can enjoy Tim Walker reconstructing the tumultuous political events of recent years in the UK. Book your 'Bloody Difficult Women' tickets for the venue today.

What is 'Bloody Difficult Women' about?

This engaging brand new play from Tim Walker touches on the clamorous political events of recent times through the eyes of two women struggling for power. This play gives us an account of the court case surrounding the fallout of Brexit, through the human eyes of Mrs Miller fighting with Mrs May. 'Bloody Difficult Women' offers hints at comedy but is essentially a drama. As the play progresses, you discover that it's actually a tragedy that seemingly has neither losers nor winners.

The play is an important one in today's world, drawing focus on a highly politicised subject that created huge division throughout the country. Both female characters also offer insights into the deeply misogynistic system they're operating within, again providing opportunities for creating discussion in today's society. The play covers controversial topics in a sophisticated and enjoyable manner.

What age is 'Bloody Difficult Women' suitable for?

The age restriction has not been mentioned yet. Children must be accompanied by adults on this tour.

How long is 'Bloody Difficult Women'?

The duration of the play is 90 minutes and does not include any intervals. Book your 'Bloody Difficult Women' tickets now.

Who is in the London cast of 'Bloody Difficult Women'?

Who is the team behind 'Bloody Difficult Women'?

Wind of Change along with Cahoots Theatre Company brings you this play by journalist and broadcaster, Tim Walker. The director of the play is Stephen Unwin.

Where is 'Bloody Difficult Women' being performed?

How do I get to Riverside Studios?

If you're travelling from London by car, take the A4 road to reach the destination in the quickest possible time.

Hammersmith is the nearest tube station. It's a few minutes away from the venue.

Olympia is the nearest train station.

Where can I park near Riverside Studios?

There is car parking available near the theatre, but some areas have restricted access.

Where are the toilet facilities at Riverside Studios?

There are toilets available on every floor of the theatre. Accessible toilets are available as well.

The theatre is fully wheelchair accessible.

If you want to have some food before or after the show, there are many good restaurants in the area. Some popular ones in the region are Sam's Riverside, Blue Anchor, The Old City Arms, and Cafe Plum.