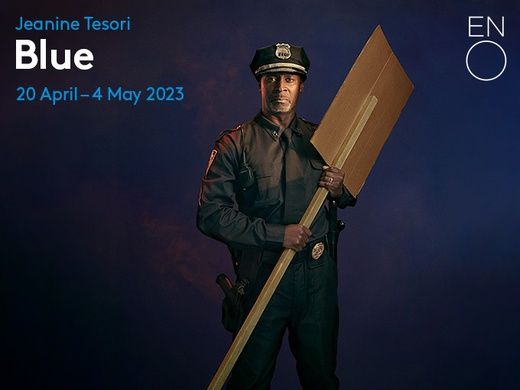 Book Your Tickets For The ENO's Blue In London

The story of 'Blue' follows a son and father as they are at odds after a generational rift. This puts the destiny of the family at risk. 'Blue' asks all the relevant questions about duty, race, and the strength of loyalty, before it breaks. It follows an African-American family, in which the father, who is also a policeman, clashes with the notions of justice and equality of his activist son. The English National Opera (ENO) brings the UK debut of 'Blue' to the London Coliseum at St Martin's Lane. Book ENO 'Blue' tickets today.

About The ENO's 'Blue'

What is 'Blue' about?

'Blue' is an emotional family drama that explores the impact on black families of police brutality. The story is of a family living in Harlem, as a father and his son are at odds, due to the father's identity as a policeman and the son's identity as an activist, rooting for justice and equality. The story is tragic and addresses contemporary questions on race and iniquity.

Art forms and music are mixed to create a production, that is complex yet emotional on multiple levels, for the audiences.

The English National Opera (ENO) is a major arts organisation and opera house. This production of 'Blue' is at the London Coliseum, which reopened after being renovated in 2004. The ENO Orchestra and Chorus won the Olivier Award in the category of Outstanding Performance in an Opera in 2016. ENO is known today for presenting productions new and old with spectacular musicals.

What age is 'Blue' suitable for?

The recommended age is 15+. Children aged five and over are allowed in the theatre.

The running time of the show is two hours.

Who is the team behind 'Blue'?

The score by Jeanine Tesori, the famous Tony Award-winning composer, will be mixed with the vision of Tinuke Craig, the star director of British theatre. This collaboration has created a cherished family drama, with an emotional core.

The conductor of the show is Matthew Kofi Waldren, the former ENO Mackerras Fellow. Alex Lowde made the set and costumes.

The English National Opera (ENO) is the opera house that brings the UK premiere of this production to the stage in London.

The show is sung in English.

Who is in the London cast of 'Blue'?

Where is 'Blue' being performed?

The A400 will take you to the destination in the shortest possible time.

There are also buses running day and night in London.

There are toilets on all the five levels of the theatre, with accessible gender-neutral toilets in the basement, stalls, dress circle, and balcony.

The theatre is fully accessible, with two lifts to travel to all the parts of the theatre and wheelchair spaces in the stalls, dress circle, and stall boxes.