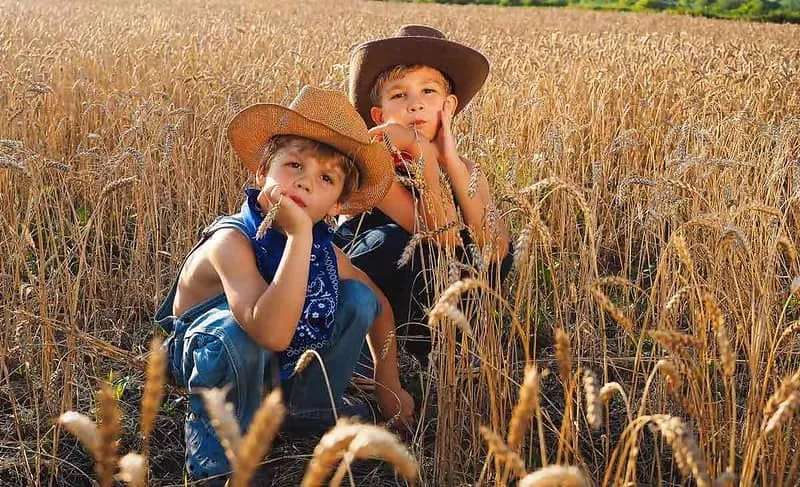 Cowboys are super strong and also fun-loving, and the right name embodies this trait.

Western names are rich in meaning and are famous as well. The Wild Wild West and all it stands for has been romanticized in our mind. Cowboys are known for their rugged nature and hard work. Expecting parents are starting to take more interest in Western names or cowboy names, especially people in western states.

Cowboys have some of the strongest Western names. Their bad-boy persona is made complete by famous cowboy names. If you are from the West, it is only natural to name your baby boy after famous cowboys. Will Rogers, the most famous cowboy of all time, has a widely accepted first name and last name. It can be difficult to distinguish true cowboy fitting names from other names. This is a list of cowboy names for unique boys. Explore some of these Western boy names for your baby.

When searching for the best names for your baby boy, Western names top the chats most of the time. Cowboys are sleek, handsome, and cool all in one and this makes giving your baby a cowboy name more appealing. Find out some of the best cowboy-inspired names below.

5. Billy (German origin) means 'Resolute protector". It quite a popular name among cowboys of the Wild West.

13. Carson (Scottish origin) means "someone who dwells near a marsh".

15. Cash (Latin origin) means "hollow", the name has become widely popular with the rise of rappers in modern days.

17. Clay (English origin) means "clay maker". It is the short version of Clayton and popular in the Wild West.

22. Flint (English origin) the last name used to refer to people dwelling on an outcrop of flint.

24. Heath (English origin) means "someone who lived by the heath".

You can't give your little cowboy just any old name. You need to search for cool cowboy names that will complement their personality. You can go with the names of famous cowboys that have graced your TV set, or the cover of magazines.  We took the time to compile this list of famous cowboy names to inspire your name choice:

27. Brent (English origin) means "holy one", another common name in the wild west.

30. Cheyenne (English origin) means "strangely speaking", one of the most striking baby names.

31. Clint (Anglo-Saxon origin) a short form of Clinton that refers to someone who dwelled in the village of Clint.

34. Dash (English origin) refers to one who lives near an ash tree.

39. George (Greek origin) means "farmer", one of the most popular farmer names.

48. Reno (Spanish origin) means "an abbreviation for Moreno, a city in Nevada".

52. Canutt (Scandinavian origin) this name isn't well-known and is rare.

53. Colton (Irish origin) means "from the coal or dark town".

56. Fisher (English origin) means "one who makes a living from fish".

65. Miller (English origin) means "an occupational name for a miller".

68. Pickett (English origin) means "a hill with a sharp top".

74. Walker (German origin) means "one who walked". Late actor Paul Walker, from Glendale, had the same surname. He was popular for his role in the "Fast and Furious" franchise.

Now you've seen good cowboy names for boys, but what if you don't know the gender of your baby just yet. Lots of parents have adopted the tradition of a gender reveal, but not all parents are sold on this tradition. If you are one of the few who prefer to find out if it's a baby boy or girl after delivery, you will surely need a gender-neutral cowboy name.  Check out our list of cowboy names for boys and girls:

79. Arizona (American origin) means "the name of a state in America".

81. Ashton (English origin) means "from the town of ash trees".

100. Wesley (English origin) means "from the meadow in the west". Also the name of a famous Hollywood actor, Wesley Snipes.

Kidadl has lots of great baby names articles to inspire you. If you liked our suggestions for Cowboy Names then why not take a look at Country Girls' Names, or for something different take a look at Gemstone Names.