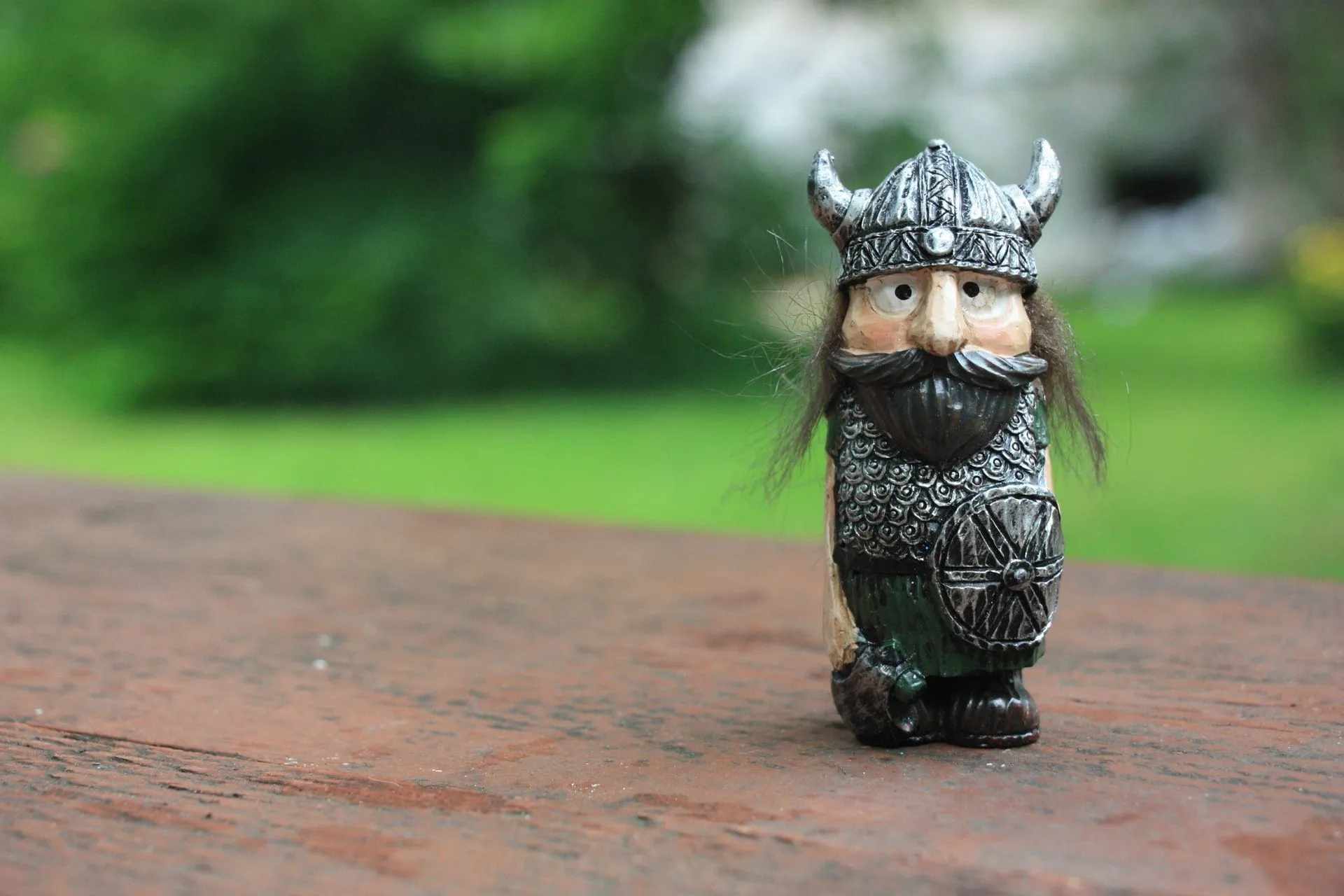 It is common for characters to be named after the qualities that they represent.

Vikings have long been known for their courage and strength. If your character represents these qualities, it makes sense to select a last name of Old Norse or Scandinavian origin for them.

Scandinavia is a region that encompasses Norway, Denmark, and Sweden. The people of this geographic location were called Vikings or Norsemen. Viking family names often have suffixes like sen, sson, dotter and fen. For example, the name Maren Pedesdatter would mean ‘Maren, daughter of Peder’.

In this post, we have for you a list of popular and interesting Scandinavian last names. You can combine these last names with some good Viking names like Arne, Bo, Erik, Gorm and Frodo for memorable character names.

For more name inspiration take a look at these Nordic girl names and these Norse boy names.

Below are some Viking family names that are still popular in this day and age.

1. Aland – A Viking surname referring to Aland Islands in the Bothnia gulf.

3. Backe – A variation of Bakke, the Dutch name, meaning ‘beaker.’

6. Brand – With German origin, derived from ‘Brando’ which means ‘sword.’

7. Christensen – This name has its origin in Norway and means ‘the son of Christen.’ ‘Christen’ is from ‘Christian.’

10. Erling – The Viking last name translates to ‘descendant of jarl.’

11. Eskildsen – A form of ‘Asketill’ which means ‘God’ and ‘sacrificial caldron.’

12. Frisk – This Viking last name has a Swedish origin and means ‘healthy.’

14. Gulbrandsen - Meaning ‘the son of Gudbrandr.’

18. Krog – From Scandinavia, meaning ‘bend’ or ‘corner’, used for someone from Krog in Scandinavia.

20. Lorenzen - Meaning ‘the son of Lorens.’ where Lorens means ‘laurel.’

21. Ness – A derivation of the Old Norse term ‘Nes’ which means ‘promontory’ or ‘headland.’

22. Nord – With an origin in Sweden, this name means ‘north’, it was used by those who lived in the north or a village.

24. Nyborg - Composed of ‘ny’ meaning ‘new’ and ‘borg’ meaning ‘castle’, this name was used for those living near a new castle.

26. Nyhus – With a Scandinavian origin, this name is made up of ‘ny’ meaning ‘new and ‘hus’ meaning ‘house.’

28. Riis – A Scandinavian family name that is taken from ‘ris’ which means ‘scrub.’

29. Sigmond – A name of German origin made up of ‘sigu’ which means ‘victory’ and ‘mund’ that means ‘protection.’

32. Thostenson – Derived from ‘Thor’, the God of Thunder’ and ‘steinn’ which means ‘stone.’

34. Tranum - Scandinavian name made up of ‘trane’ which means ‘crane’ and ‘um’ meaning ‘home.’

35. Truelson – This name is derived from ‘Thor’ who is the God of Thunder.

Occupation Based Last Names Of Vikings

Take a look at some Old Norse surnames that are derived from various occupations.

37. Bell – This last name has a German and English origin. It is an occupational name for bell makers.

40. Hall – This last name was given to a person who worked in a hall, the house of the medieval noble.

41. Hjorth – Derived from ‘Hjort’ which is the Swedish word for ‘deer.’ Most likely an occupational name.

42. Horn – An occupational name given to those who play the horn, or carve objects from horns.

43. Kron – From the German word ‘Krone’ meaning ‘crown’, this was used as a byname by those working at a royal household.

44. Pihl – This name comes from the Scandinavian word ‘pil’ which means ‘arrow.’ This is an occupational name used for archers.

45. Ring – From the German word ‘Rinc’ which means circle. Used as an occupational name for those who make rings.

Here are some interesting patronymic names ending with -SON. Most Vikings had patrynomic surnames like this, they work by taking the father's name and adding -son onto the end.

47. Bengtsson - Meaning ‘the son of Bengt.’ Bengt being the Swedish version of ‘Benedict’.

48. Bunderson – The patronymic form of ‘Bonde,’ which means farmer.

49. Carlson - Meaning, ‘son of Carl.’ where Carl is derived from the German word Karl meaning a ‘man.’

50. Emanuelson - Meaning ‘the son of Emanuel.’ Emanuel means ‘God is with us.’

52. Estenson – This is the patronymic form of ‘Eysteinn’ where ‘ey’ means ‘happiness,’ and ‘steinn’ means ‘stone.’

54. Gustafsson – Meaning ‘the son of Gustav’ meaning ‘staff of Geats’. ‘Geats’ is an ancient tribe.

56. Haraldson - Meaning ‘the son of Harald’ which means ‘commander.’

58. Mathieson - Meaning ‘the son of Matthew’ where Matthew means ‘gift from God.’

62. Thomason - Meaning ‘the son of Thomas’ where Thomas means ‘twin.’

These Viking names draw their inspiration from various elements in nature.

64. Beck - From the Swedish word ‘back’ which means a stream.

65. Berg - Meaning ‘mountain’, used for someone who lives near or a hill.

67. Blom - This name from Scandinavia means ‘bloom’ or ‘flower.’

68. Dahl – Derived from the Old Norse term ‘dalr’ meaning ‘valley’, this name is given to a person who lives in a valley.

78. Lind - A toponymic name for someone who lived by a linden tree.

83. Nylund - A combination of ‘ny’ which means ‘new’ as well as ‘lund’ which means ‘grove’, this is a toponymic name for a person from ‘new grove.’

84. Olander - A toponymic name for a person living on the Oland island.

88. Sandberg – This is a Swedish name meaning ‘sand mountain.’

89. Skau – This is an Old Norse name derived from ‘skogr’ which means ‘forest.’

90. Soelberg – This last name from Scandinavia is made up of two elements, ‘sol’ that means ‘sun’, ‘berg’ that means ‘mountain'.

94. Strand – From the Old Norse term ‘strond’ which means ‘seashore.’

96. Vang – This family name has origins in the word ‘vangr’ which means ‘grassy land.’

100. Wuopio – The family name of Swedish origin is used to refer to someone who stays in a bay.