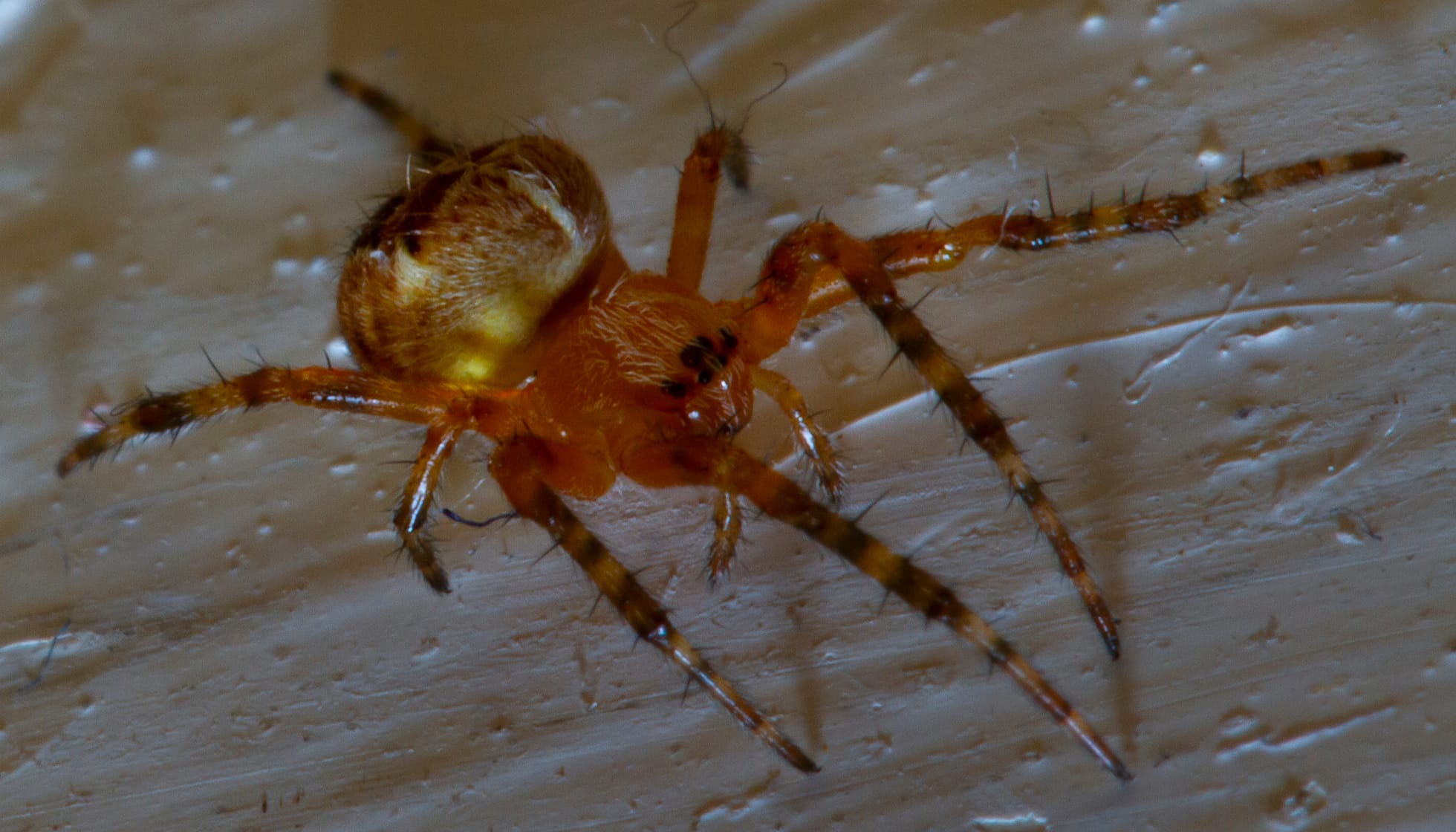 There are over 1,000 species in the comb-footed family of spiders that are distributed around the world in approximately 87 genera. Comb-footed spiders can be found in corners of buildings like sheds, garages, and homes. These spiders can be found across the world. Comb-footed spiders are solitary animals. They prefer to live on their own for the majority of their lives other than during breeding season. They usually live in their cobweb. The characteristic of this family Theridiidae of spiders is that they build tangled webs and have a comb of serrated bristles on the feet of the fourth leg. This species is quite poisonous, like most tangle web spider species. This spider produces a very toxic venom that it injects from its fangs. This venom does not harm humans but is good enough to kill insects and pests in just a few seconds. The most poisonous spider in the genus is the black widow.

Keep on reading to learn more interesting facts about this spider. For more relatable content, check out these rain spider facts and black house spider facts for kids.

Pests such as flies, mosquitoes, and insects

What type of animal is a comb clawed spider?

The comb-footed spider is a type of common house spider that belongs to the genus of Achaearanea.

What class of animal does a comb clawed spider belong to?

The comb clawed spider, better known as the comb-footed spider, belongs to the class of Arachnida and Theridiidae family of spiders.

How many comb clawed spiders are there in the world?

There are over 1,000 species of the comb-footed family of spiders that are distributed around the world in proximately 87 genera.

Where does a comb clawed spider live?

What is a comb clawed spider's habitat?

The comb-footed spider's habitat primarily consists of indoors. They can be found in corners of buildings like sheds, garages, and homes. These spiders inhabit regions with human civilization. Their range can be found in any area where they can easily build their cobweb. These spiders are endemic to North America and a few regions of Australia. Comb-footed spiders make messy-looking, non-sticky webs called cobwebs that are often found in bushes or on buildings. This cobweb resembles silk-like threads. These spiders are nocturnal in nature and are most active at night. The diet of this species consists of pests such as flies, mosquitoes, and insects.

Who do comb clawed spiders live with?

Comb-footed spiders are solitary animals. They prefer to live alone and on their own for the majority of their lives other than during the breeding season. They usually live in their cobwebs.

How long does a comb clawed spider live?

The average lifespan of a comb-footed spider ranges from one to four years. The lifespan of the female spider is far less as they die shortly after the spiderlings hatch and disperse away from the egg sac.

The population of this species of cobweb spiders present is abundant in number throughout the world, but their conservation status has not been evaluated yet. However, comb-footed spiders lay on the threshold of Least Concern.

Comb-footed spiders have round palps on their body that are larger in the male than female. These palps closely resemble tiny legs and these palps are used by spiders when mating and seizing prey. This common house spider possesses eight eyes. The mouth and fangs of this species are located below the eyes and contain venom. This venom is highly toxic and is used to paralyze and digest prey. This house spider in the family Theridiidae ranges in size from 0.08-0.9 in (2-25 mm) in length. The female's body is always larger than the male's body. These spiders can be found in multiple colors, but most have a brightly colored abdomen. The reason that these spiders have the common name of comb-footed spiders is that on the fourth pair of legs these spiders have a comb or serrated bristles. These combs have silk-like threads in their webs to capture and paralyze their prey. The characteristic of the family Theridiidae of spiders is that they build tangled webs and have a comb of serrated bristles on the feet of the fourth leg.

The comb-footed spider, although a venomous creature, is quite shy and scared in nature. In fact, males and females only meet once to breed. Despite their sweet and shy nature and brightly colored abdomen which is very fascinating to look at, these spiders are not cute in any way. In fact, most of the species that belong to the family of Theridiidae and Latrodectus are quite scary and ugly to look at.

The comb-footed spider uses their webs to communicate with other spiders. These spiders are solitary creatures and only approach the female during the breeding season.

How big is a comb clawed spider?

How fast can a comb clawed spider run?

The comb-footed spider spends most of its life clinging to its webs and hunting for prey. This is why their legs are adapted to hang onto their web effectively, rather than for speed. This makes them quite slow while moving or running on the ground. Though these spiders move slowly, they can build their webs quite fast. They are known to be swift web builders.

How much does a comb clawed spider weigh?

The comb-footed spider is a very lightweight spider and weighs only 0.07 oz (2 g). Females often weigh 30 times more than the male. They are bigger than jumping spiders.

There are no sex-specific names given to these spiders. Both sexes belong to the Achaearanea genus and produce equal amounts of toxic venom.

What would you call a baby comb clawed spider?

The baby comb-footed spider is called a spiderling. A spiderling's fangs do not contain any venom until it matures into an adult spider.

The diet of a comb-footed spider consists of pests such as flies, mosquitoes, and insects. Most species belonging to the family of Latrodectus and Achaearanea are insectivores and catch their prey at night by carefully waiting in their tangled webs. This species stays awake throughout the night building its web or waiting for prey.

Yes, this species is quite poisonous like most tangle web spider species. This spider produces a very toxic venom that it injects from its fangs. This venom does not harm humans but is good enough to kill insects and pest in just a few seconds. The most poisonous spider in the genus is the black widow. The black widow venom can potentially cause great damage to human life as well.

No, these species are dangerous animals to keep as pets due to the strength of their venom and appearance. This spiders bite can, unfortunately, lead to fatalities so they are not a safe pet to own. Though these spiders are kept as pets by many researchers purely for scientific purposes, they are not suitable pets to humans who are looking for a kind pet.

These spiders are often common in eastern Australia in gardens.

How to spot comb clawed spider?

Comb clawed spiders are the most common type of house spider across the world. They come in a variety of colors ranging from brown to almost black. Their bulbous abdomen with the mottled pattern on it is a signature characteristic feature. You can easily tell that it is a comb clawed spider by looking at its abdomen.

How many eggs do comb clawed spiders?

Here at Kidadl, we have carefully created lots of interesting family-friendly animal facts for everyone to discover! Learn more about some other arthropods from our red admiral butterfly fun facts and milkweed tussock moth interesting facts pages.

You can even occupy yourself at home by coloring in one of our free printable spider on a web coloring pages.