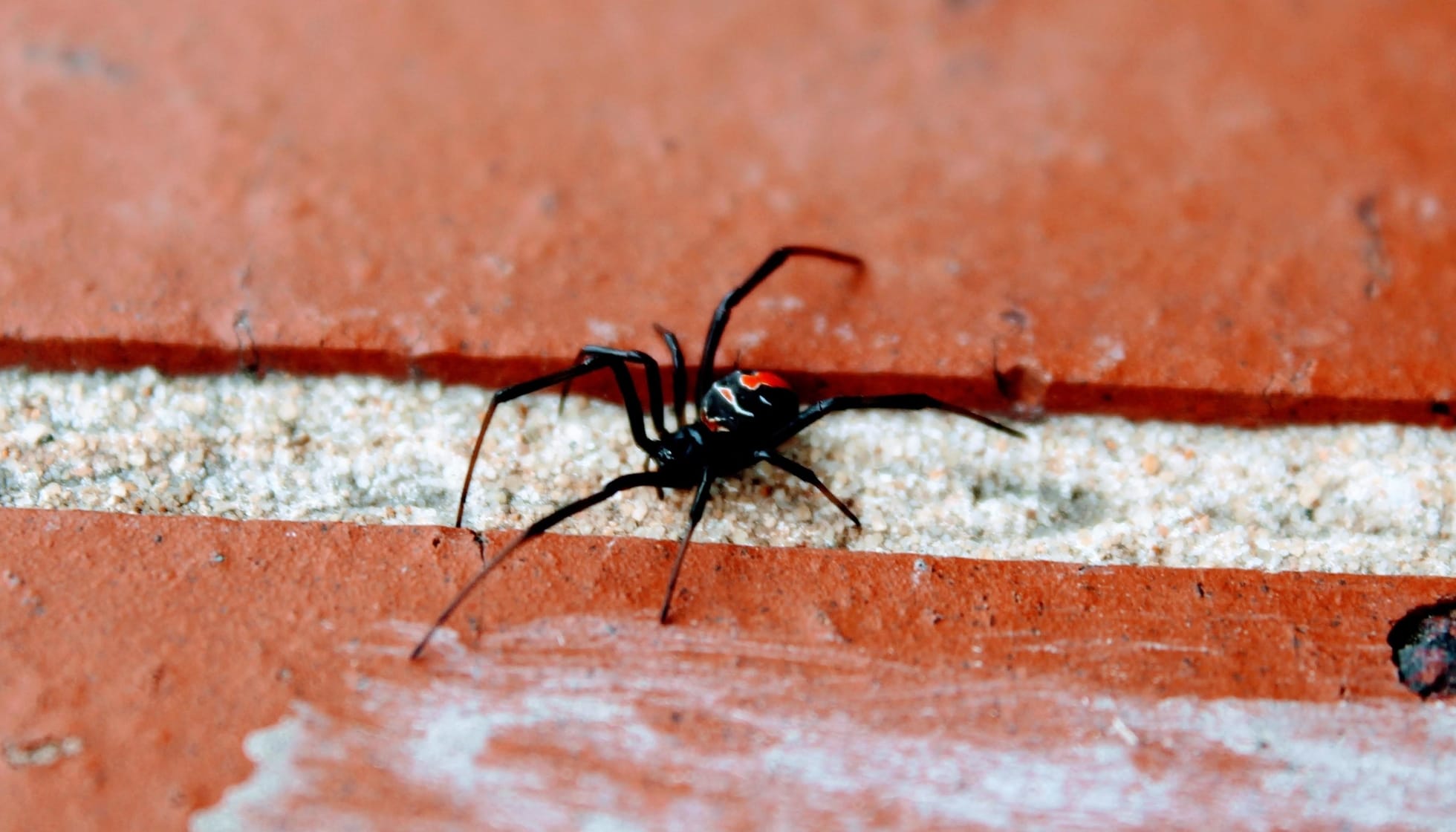 The members of the family Nicodamidae are sometimes called red and black spiders because of their black-colored abdomen and cephalothorax and legs being uniformly red in color. There are seven genera in this family of which the genus Nicodamus is the most common. This genus contains two species, the Nicodamus peregrinus and Nicodamus mainae. The species Nicodamus peregrinus is a small species of spider found in eastern and southern Australia. This species is also known by the common name, red and black spider. This Australian species is often confused with the redback spider of the genus Latrodectus, also known by the name black widow spider. The black widow called the redback spider however is highly venomous. Nicodamus peregrinus is known to be non-venomous.

The common house spider called Nicodamus peregrinus has a red cephalothorax with red and black legs. The abdomen is usually colored black, but sometimes a dark blue coloration is seen too. Unlike the redback spider, the red coloration in this species does not indicate any threat to humans. The black widow spider is a close relative of the redback spider. Females of the redback spider have slender legs and deep black abdomen. A red orange longitudinal stripe on the upper part is seen with a bright red hourglass-shaped marking on the underside of the abdomen. These bright red-colored markings indicate the venomous nature of this species and the venom is said to be injected through the fangs of the species when it bites. They breed in the summer months when males leave webs.

As the red and black spider belongs to the family Nicodamidae, it was also put in other families like Theridiidae, Agelenidae, and Zodariidae. The family Theridiidae contains black widow spiders.

For more relatable content, check out these facts about yellow sac spider and six-eyed sand spider.

Black spider with red body, black legs with a red hue, and no markings on the body

Near Houses And Gardens

What type of animal is a red and black spider?

Nicodamus peregrinus is a species of small spider found in Australia. This is a non-venomous spider often mistaken with the black widow spiders, also known as redback spiders. The bites of the Nicodamus peregrinus can only sting and the bites are not dangerous to humans.

What class of animal does a red and black spider belong to?

This species of spiders fall under the class of Arachnida in the kingdom of Animalia.

How many red and black spiders are there in the world?

Where does a red and black spider live?

These spiders are found in Australia. The range of distribution of this species is found in Queensland, New South Wales, Victoria, Tasmania, and South Australia.

What is a red and black spider's habitat?

These spiders have no venom and are found commonly in gardens and houses, unlike black widow spiders that have a high quantity of venom which is very dangerous to humans. The  Nicodamus peregrinus is found on webs, either on the ground or close to the ground. In the summer, males of these spiders leave the web during the daytime and search for females. The search for females sometimes brings the spiders inside houses too.

Like the garden spider found commonly in most places of America and adjoining places, the red and black spider is also a common spider species found in southern and eastern Australia.

The redback found in Australia, among other places, is nocturnal and the females remain hidden during the day and spin their web at night. They also prey on food at night. Females live in the same habitat for most of their lives. The web made by the females is classified as a gum-footed tangled web. The web is made of fine but strong silk and this strong silk is made in a way to entrap prey easily.

Who do red and black spider live with?

Spiders usually live alone in the web they build. Males only find females in the mating season.

How long does a red and black spider live?

The lifespan of this species is not known. Many house spiders are known to live for a maximum age of up to seven years. A female redback lives for two to three years, while a male lives for six to seven months.

The size of the egg sac of this species is 0.4-0.79 in (10.1-20 mm) in diameter. The egg sac contains 30-50 cream-colored eggs and the eggs are 0.04 in (1 mm) in diameter. The shape of the egg sac is plano-convex in shape and has white fluffy silk. The sac of this Australian spider species is placed under bark and other such sheltered areas. In captivity, male and female spiders are known for mating continuously resulting in the death of the males in many cases. Males search for the female species in the summer months, meaning that mating is occurs in the summer.

In the redback species, the egg sacs are found in a funnel-like retreat area of the rear portion of the web. The spiderlings hatch in around eight days and emerge from the egg sacs in 11 days. Male species mature in 45-90 days while a female matures in 75-120 days.

The conservation status of the Australian species is Not Evaluated. The same is for redback spiders.

However, the red and black spider is quite commonly found in Australia and there is no danger to this species currently.

They wave their forelegs in the air when they are walking. The male is also known to tap the ground while using his legs to walk.

It is often confused with the venomous black widow spider species called the redback spider. All five different black widows found in the US and Canada are red and black in color. The brown widow is however light brown in color. A bright red hourglass pattern can be seen on the underside of the abdomen. Some also have red orange markings on the dorsal side of the body. The female of the redback spider has slender legs and a round body. The female also has a red orange longitudinal stripe on the upper part of its body.

Spiders are not considered cute.

Spiders communicate by movement and vibrations on the web. They can also identify prey this way.

How big is a red and black spider?

How fast can a red and black spider run?

How much does a red and black spider weigh?

The males and females of this pest are not given different names.

What would you call a baby red and black spider ?

They are called young or spiderlings.

They mainly prey on insects. Spiders primarily feed on insects. However, some spiders are also known to choose food like worms, snails, and small vertebrates like lizards, frogs, birds, and bats.

The bites of this red and black spider do not contain any venom. Despite the red color in this species, the venom is not dangerous. However, it might cause a local reaction around the bite site.

The venomous redback spider however is highly poisonous and is very dangerous to humans.

They are not considered pets.

Even with the red coloration, this spider is not poisonous.

Since the introduction of anti-venom, there have not been many reported cases of deaths from a redback spider bite. However, in 2016, the death of a bushwalker was widely reported.

What is a red and black spider called?

It is the common name of the spider, Nicodamus peregrinus. The members of this genus are also known by the name red and black spider.

How many eggs do red and black spider lay?

Here at Kidadl, we have carefully created lots of interesting family-friendly animal facts for everyone to discover! For more relatable content, check out these painted lady butterfly facts and brown recluse spider facts for kids.

You can even occupy yourself at home by coloring in one of our free printable Red and black spider coloring pages.