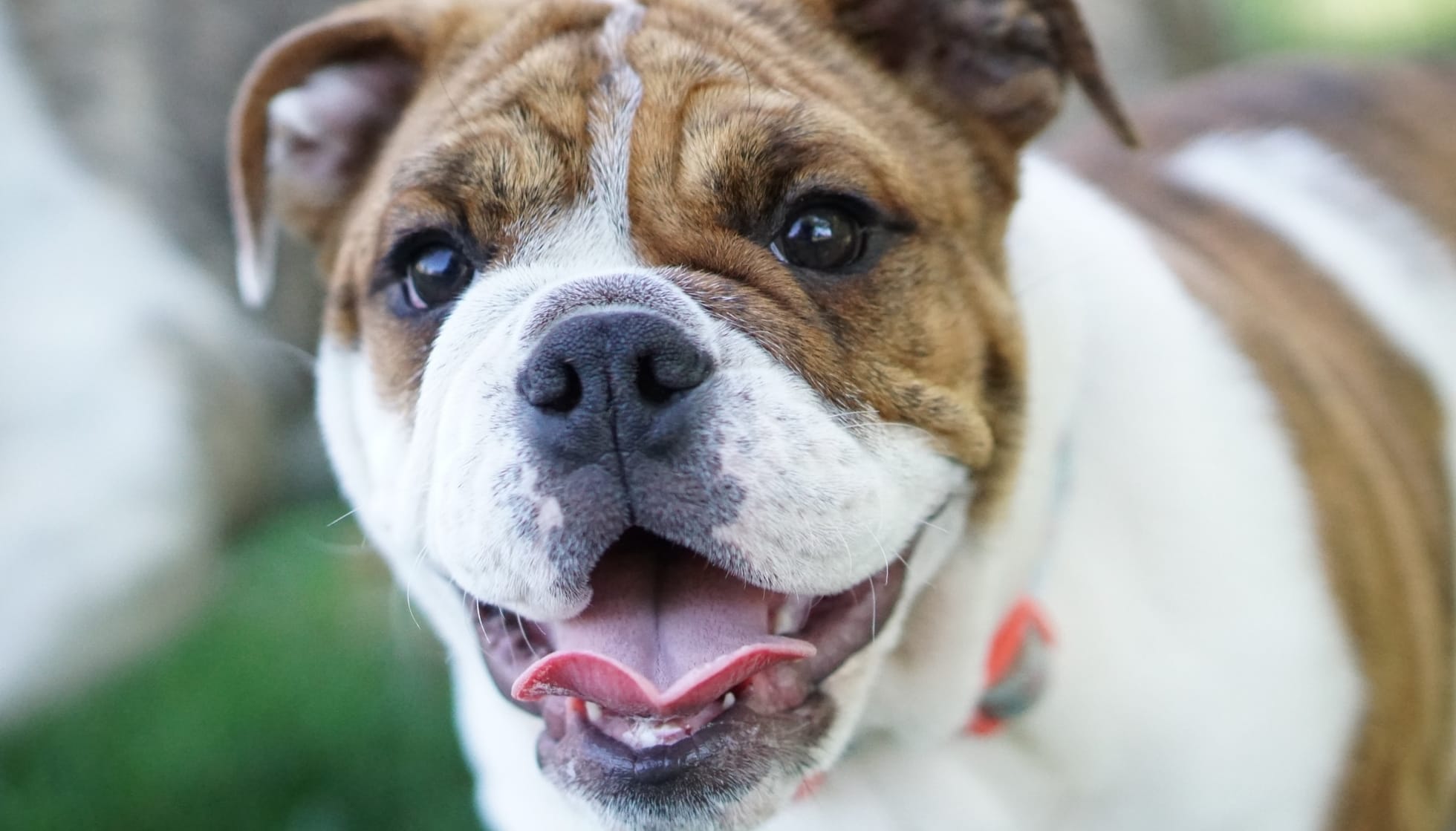 One of the best successors to the legendary Olde English Bulldogs has to be the Victorian Bulldog breed. They are considered one of the best breeds to have around. They are not only friendlier than other dogs but also are taller than the rest. They can make great pets around the house, and are well-loved by all they meet. They are also very intelligent animals, so once you make friends with them, and start to train them, they will understand and learn quickly, and retain commands long after you have taught them. They entered the scene very late, and entered America as late as the late 1900s! Low maintenance, friendly, and did we mention the adorable, goofy smiles on their faces when they get extra treats?

Do you enjoy reading about the Victorian Bulldog? Then read on about miniature husky and husky wolf mix facts too.

What type of animal is a Victorian Bulldog?

Much like all the other species in the bulldog family, the Victorian Bulldog is a dog.

What class of animal does a Victorian Bulldog belong to?

How many Victorian Bulldogs are there in the world?

Where does a Victorian Bulldog live?

Since the Victorian Bulldog breeds with the help of humans and for humans, it makes sense that the dog lives in a house with its human companions!

What is a Victorian Bulldog's habitat?

The house is where the Victorian Bulldog will be in its element. Ever since they are born, the average Victorian Bulldog puppy is purchased or adopted by loving families. Since they are intended to be companion pets and some sort of guard dogs, this breed is meant to be in houses, with people. They are gentle, friendly, and very comfortable with children, the elderly, and others. So if you adopt or shop for a Victorian Bulldog - remember that you are truly all they have for survival.

Who do Victorian Bulldogs live with?

How long does a Victorian Bulldog live?

This bulldog breed lives up to 10-12 years. This lifespan is common amongst other breeds too, like the English Bulldog, the old Victorian Bulldog breed, Staffordshire Bull Terriers, and others.

The Victorian Bulldog is a breed possible only because of human intervention. Kenneth Mollet had bred four different breeds for this particular breed in the 1940s, and as such, there have been active efforts to keep the breed thriving. Because of this, though they might be rare, they rank a solid Least Concern on all conservation statuses.

The Victorian Bulldogs are very medium in terms of size. They have a very muscular frame, and a strong jaw developed after years of breeding them. Their necks are thick and support their frame, and all other parts of their body are proportional to one another. They also have a square bite, and their muzzle is very broad as compared to other dogs of the same breed.

The Victorian Bulldog is easily one of the cutest dogs you can run into. They came from the Old English bulldog, which was known for its friendly demeanor, and that has carried on in them. Yes, they may look like grumpy old men, but they are very adorable, and perfect for little kids, young ones, or even older people looking for company. You and your children can safely adopt or buy a Victorian Bulldog knowing that your canine baby is the cutest in the city.

The Victorian Bulldog is not a very loud dog, but they are very social.  Out of all the other dog breeds, they are placid, calm, and very laid back. As such, they communicate only in grunts, growls, and the occasional bark. They become loud only when really agitated, so if your Victorian Bulldog barks loudly, then it may be time to check in on them. They will also yip with joy, and alert you to potential intruders. They may be lazy and more of a couch potato, but they are also very alert and will protect you and your children from everyone (yes, even the mailman.)

How big is a Victorian Bulldog?

The height of the Victorian Bulldog is anywhere between 16-19in. This makes them up to four times as large as the pygmy squirrel, which is only 5in tall. They can grow to be fairly medium to large dogs for their dog breed, but we love them all the same, don't we?

How fast can a Victorian Bulldog run?

Stand aside, a very fast Victorian Bulldog is coming through! Though the average speed for a Victorian bulldog breed is 10 mph, some of the faster speeds for Victorian Bulldogs recorded have gone up to 15 mph too. Woosh, that's fast. And though they do not need exercise with their muscular build, they still have to be allowed to run and speed around for their mental well-being, so don't forget their daily walks!

How much does a Victorian Bulldog weigh?

This dog breed weighs slightly more than its counterparts, coming in at 55-75 lb. But fear not, they are just as adorable to pick up and love as ever. They are usually medium to large dogs for their species, and with good reason. Since they were bred to be that way, they are one of the best bulldog species to be around. They are taller, with better balance and a stronger jaw than most other breeds around, so the weight seems reasonable for their breed.

The Victorian Bulldog has no specific name for the male or female of the species. This just means you have more naming opportunities than ever before! The whole family can delight in coming up with a creative name for your Victorian Bulldog puppy that you know they will love.

What would you call a baby Victorian Bulldog?

It is usually recommended that you feed your Victorian Bulldog two to three cups of excellent quality dog food. This keeps them healthy, happy, and ready to play at all times! If dog food is not the way to go for you, then they will also enjoy select portions of meat and other items. Do not, under any circumstances, keep them on a strictly vegetarian diet, though. Dogs need their meat and it is essential for their development. So the next time you are out shopping, keep your little friend and his empty food bowl in mind.

Yes! Victorian Bulldogs can be relatively slobbery, but no more than any other breed of a bulldog. Their slobbering should not be too much of a problem as this particular breed is very low maintenance in general. In addition, slobbering is a good thing! It shows that all is well with your little bundle of fur and their digestive system. You should be concerned if they do not slobber at all because that might mean a visit to the vet is called for.

Though bulldogs are in general a slobbery lot, that does not make them any less loveable. They will continue to do goofy little things that bring you laughter and joy with their antics. And we promise they won't run away from you - mostly because they are too lazy to.

Absolutely! The Victorian Bulldog temperament is one of great sociability and calmness. This breed rarely gets aggressive and is very good with children and humans in general. They thrive off positive reinforcement and approval, so make sure you have enough treats handy. This breed also does not need a lot of daily exercises either, so you can take care of them with very little work.

However, you must be careful as they require some amount of checking in too. Some of the common health issues they have are hip dysplasia and skin allergies. This is somewhat unique to this breed, so make sure you never skip a vet's appointment. Since they do not require much exercise, they can also become obese if not looked after well.

The key is simple. Regulated food and regulated exercise, but unlimited love, pets, and belly rubs! That's all it takes to have a very happy puppy and by extension, a happy home for you to come back to. Though dog food works just fine, your Victorian Bulldog will consider you its favorite human if you feed them meat and other non-vegetarian meal options.

The Victorian Bulldog is the perfect option for anyone looking to be a pet owner. They are gentle and kind and great with children. Though they are a little stubborn due to their terrier ancestry, you can train the Victorian Bulldog puppies to listen to commands, and learn new tricks with positive reinforcements.

Getting your own Victorian Bulldog

However, you must be careful that you do not purchase one from an ill-reputed or sketchy dealer. A lot of false sellers often advertise other bulldogs as the Victorian Bulldog, and you need to be very careful that you end up bringing the right kind of dog back home. As such, purchase only from well-vetted, respected breeders who have given your future pet every love and care possible.

The Victorian Bulldogs find their ancestry in the English Bulldogs, Bull Terriers, Bull Mastiff, and the Staffordshire Bull Terriers. The species of a Bulldog, as their name suggests, was initially used to bait bulls. Then bull baiting fell out of fashion, and there was a need for a bulldog to be a companion for humans. The Olde English Bulldogs seemed to fit the bill, but then they became extinct due to health reasons. All was lost, and the bulldogs were almost dismissed as a species, until the Victorian Bulldog!

After breeding multiple breeds together, the Victorian Bulldog was the perfect combination. They were friendly, yet useful as guard dogs. They loved people and yet, were capable of defending their humans too.

Here at Kidadl, we have carefully created lots of interesting family-friendly animal facts for everyone to discover! Learn more about some other mammals including Beaglier, or Brazilian terrier.

You can even occupy yourself at home by drawing one on our Victorian Bulldogs coloring pages.