Disneyland Trivia: How Many Of These 70+ Questions Can You Answer About The Happiest Place On Earth? | Kidadl

Disneyland Trivia: How Many Of These 70+ Questions Can You Answer About The Happiest Place On Earth? Since the opening day of the first Disneyland in Los Angeles, California in 1955, it has attracted children who have always wanted to make their dreams come true, thanks to Walt Disney.

These dreams included living amongst the prince and princesses that they have watched through the years in various Disney movies. Named the happiest place on earth, Disneyland theme park in California became popular all over the world.

After more than 65 years of its establishment, it remains the most popular wish amongst children, irrespective of their country. The theme park was developed when Walt Disney went through various amusement parks with his children. The Disneyland trivia quiz takes you through various crazy Disneyland facts. Disneyland provides a portal to a magical world. Filled with various rides, the famous Sleeping Beauty castle, and other attractions with surprise Cast members visits, the Walt Disney world keeps expanding, growing, and advancing since its set up. Were you one of the lucky kids to get to visit  Disneyland theme park and know all about Disneyland? Or are you a huge fan and want to know some opening day facts and creepy facts about Disneyland? No matter what the reason behind your love for Disneyland is, this magic kingdom trivia is the best way to spend time with family and friends and refresh your memories of your visit to the magical world of Walt Disney. Also, try out Disney song trivia and Disney trivia.

The small world of Disneyland holds a rich history inside it. There are various fun Disneyland facts about the construction of the park and its working that amuse fans to no end. There are some things you probably don't know about Disneyland, too. Though, this Disney parks trivia can help you know those random Disneyland facts as well. If you are confident that you know all the Disneyland secrets and facts hidden inside the Sleeping Beauty castle, then this quiz is for you!

1.Question: Which song is heard in the Haunted Mansion?

2.Question: Which Tomorrowland ride was the namesake of the ship that completed its voyage under the North Pole in 1959?

3.Question: Disneyland started a new way for guests to spend their money in 1987. Can you recall the name of the currency?

4.Question: On which ride do you need to be careful of poisoned apples?

5.Question: Where is Club 33 located?

7.Question: Who is the voice of Madame Leota in Haunted Mansion?

9.Question: Which monster lives in the Matterhorn ride?

10.Question: How many years did it take to build Disneyland?

11.Question: What does the sign at the entrance of Disneyland say?

12.Question: What was the name of the show held every Sunday at Tomorrowland Stage?

13.Question: Which is the only place in Disneyland to serve alcoholic beverages?

14.Question: What is the distance between Disneyland and California?

15.Question: What was on the land of the first Disneyland before it was built?

17.Question: Which attraction is home to 999 ghosts?

18.Question: Who was the music composer behind the score of 'Innoventions' attractions?

19.Question: Which is the first attraction in Disneyland, located past the ticket collectors?

20.Question: Which ride can reach Disneyland Park the fastest?

21.Question: The piano is playing by itself. Which attraction is this?

Answer: Pirates of the Caribbean.

22.Question: Where will you hear the song with the lyrics 'Aye, but we’re loved by our mommies and dads'?

Answer: Pirates of the Caribbean.

23.Question: What are the passenger carriers located at the end of the hall entailing the elevator in the Haunted Mansion called?

24.Question: Can you remember the name of the restaurant located inside the Pirates of the Caribbean ride?

25.Question: What does Jack Skellington hold in his hand at the front of the Haunted Mansion?

26.Question: Can you name the star of Fantasmic?

27.Question: Where will you find the King Arthur Carousel?

28.Question: Which Disney character’s face is made from flowers at the front entrance of Disneyland?

30.Question: Where will you find the attraction Fantasmic?

31.Question: Which sweets company has been a sponsor of the Fantasyland Theater?

32.Question: Which famous California landmark can you see above you as you enter the Disney California Adventure Park?

33.Question: Where do the guests sit in Peter Pan’s Flight?

34.Question: Which attraction was built for the World Fair and still exists in Disneyland?

35.Question: Who is the singer of the song ‘Grim Grinning Ghosts’ that plays throughout the Haunted Mansion?

36.Question: What does Sally hold in the hallway of portraits in the Haunted Mansion?

37.Question: In which year did the attraction Matterhorn Bobsleds open?

38.Question: Which huge store will you come by as you walk down Main Street USA on the left-hand side?

39.Question: When did Monorail first begin its operation?

Some of these questions are based on weird Disneyland facts and Disneyland statistics that only hardcore fans can know about. The answers to these questions can only be answered by the most worthy of fans who have read possible information on the theme park. These Disneyland history facts will surely make you go down memory lane and straight into the world where the most fantastic dreams come true. Let's see how many things you didn't know about Disneyland.

40.Question: Imagine it is the summer of 1972. How much money would a family of four, with two parents and two kids, pay for a Disneyland 15-ride coupon book?

41.Question: A mountain resort project was to be built in Northern California under the direction of Walt Disney. Can you recall its name?

42.Question: How many doom buggies are there in the Haunted Mansion?

43.Question: How many hand-painted prancing horses will you find in the Kind Arthur’s Carousel?

44.Question: Which ride started during the renovation of Tomorrowland in 1998 and closed in 2000?

45.Question: Who was the first writer of the stories of the Haunted Mansion?

46.Question: What is the name of the short-lived land that included attractions such as ‘Scrooge’s Vault’ and ‘Baloo’s Dressing Room’?

48.Question: In the book of 15 coupons, how many e-coupons can a guest expect to find? E-coupons have the best attractions.

49.Question: Where did Walt Disney live when he visited Disneyland?

Answer: Above the firehouse.

50.Question: What is the ratio of the size of Matterhorn at Disneyland to the one in Switzerland?

51.Question: Which e-ticket attraction, that opened in 1955 and featured a live equine conveyance system, was closed in 1973?

52.Question: Who is responsible for sketching the first concept art for Walt Disney’s idea of Disneyland?

53.Question: When the doom buggy launches, which three children appear?

54.Question: What was the construction cost of Disneyland in 1955?

55.Question: Which is the only ride that still operates in Tomorrowland since 1955?

56.Question: In which land would you have found the shop Fototoons?

57.Question: Why do Matterhorn Bobsleds end the ride with a splash of water?

Answer: To slow the cars down at the end of the ride.

58.Question: Which Disneyland attraction had a theatre custom in Tomorrowland in 1986?

59.Question: How many speakers does each doom buggy have?

This section of the trivia includes random Disneyland facts. It can be played as a fun game with your kids on a weekend to make them feel the magic of Walt Disney right at home. For the people who are searching for Disneyland facts for kids, this basic trivia will quiz you perfectly. Are you ready for the Disneyland ride quiz? Hope on this ride to head to the memories of the most famous theme park of the world. The trivia will lead you to the magical Walt Disney World.

60.Question: When is the anniversary of Disneyland celebrated?

61.Question: How many lands are there in Disneyland, as of 2020? (Do not count Disney California Adventure)

62.Question: Which ride is also known as the wildest ride in the wilderness?

63.Question: This roller coaster ride goes around and through a mountain in Fantasyland. Can you name it?

64.Question: Which is the minimum ticket you need to have to enter the Fantasyland theatre in 1969?

65.Question: Who is the sponsor of a small spot on Main Street called Spirit of Refreshment?

66.Question: Which attraction covers the most distance in Disneyland?

67.Question: In whose house can you go and jump around?

68.Question: Can you name the two ships in the Rivers of America?

69.Question: Which building will you head to if you need to find someone that you have lost?

70.Question: In which land is Star Tours located?

71.Question: Where is the attraction of the Walt Disney Story located?

72.Question: What is the name of the roller coaster ride that is spread across the skyline of the Paradise Pier area with a huge Mickey Mouse Head?

73.Question: What are the names of the hitchhiking ghosts?

74.Question: What memorial is dedicated to Walt Disney after his death?

Answer: A lit lamp situated at the window where he used to stay each time he visited Disneyland.

75.Question: At the 30th Anniversary of Disneyland, what was the big prize decided for every three millionth guest?

76.Question: Where can you see Dinosaurs in Disneyland?

77.Question: Which Disneyland attraction was added in June 1972?

78.Question: Who plays as the host of all the Country Bear Shows?

79.Question: During this ride, women will sit with you to tell you stories as the boat moves towards Monstro the whale. Which ride is it?

80.Question: In which land is the ride It’s a Small World located?

Here at Kidadl, we have carefully created lots of interesting family-friendly trivia for everyone to enjoy! If you liked our suggestions for Disneyland trivia then why not take a look at  travel trivia, or elf trivia. 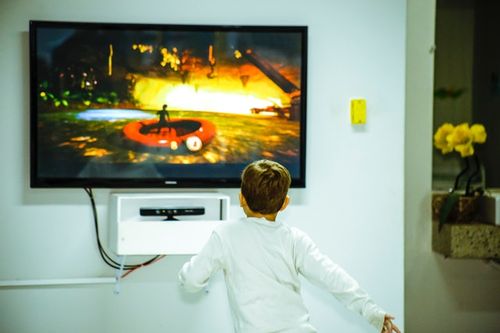 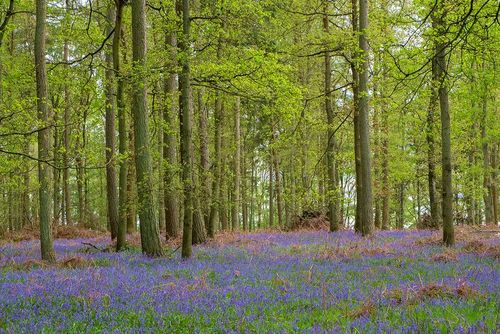 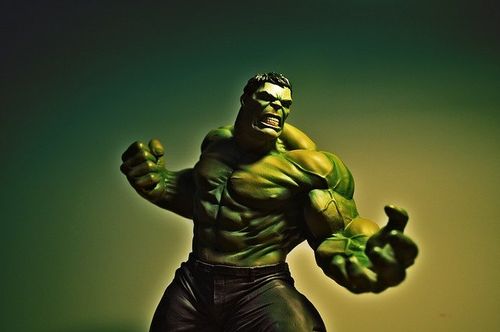