Book Tickets To Elf The Musical In London! Fun For The Whole Family | Kidadl

Grab Tickets To Book Tickets To Elf The Musical In London! Fun For The Whole Family 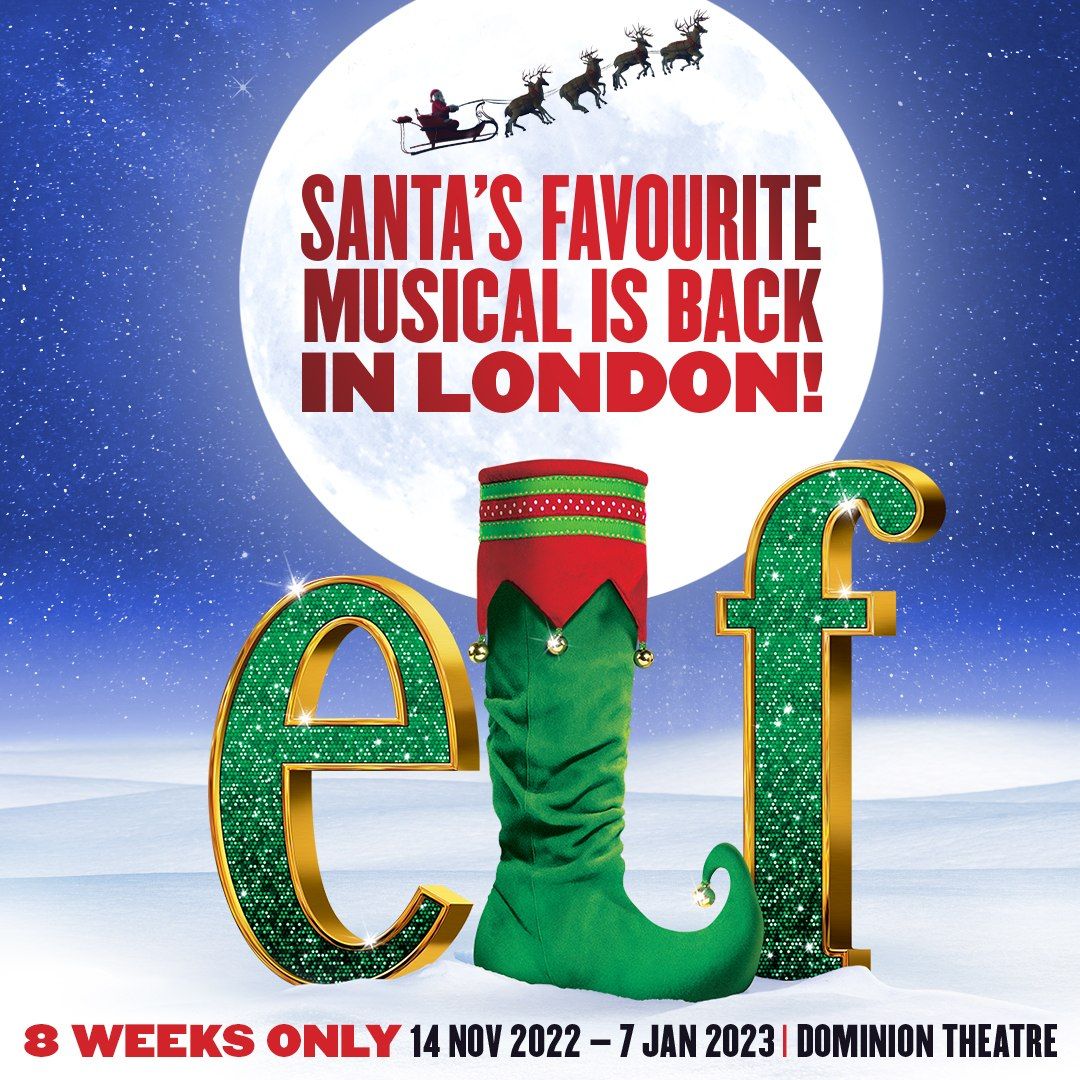 Elf The Musical In London

Book Your Tickets For The Elf The Musical In London

Based on the well-loved film starring Will Ferrell, this superhit Christmas musical is returning to London for a limited season of eight weeks, in London's Dominion Theatre from November 14, 2022, to January 7, 2023. See the charming tale of the beloved character, Buddy. Buddy crawled into Santa's bag accidentally when he was a baby and then grew up as an elf. Buddy is definitely the biggest misfit in the North Pole as he was not very good at his job and was too tall. Buddy knows he will never belong and Santa tells him about his journey from Santa's bag to today. Buddy goes to New York to search for his birth father and the mischief starts in Manhattan. Buddy needs to save Christmas forever and this is your chance to be a part of this festive treat at Dominion Theatre of London. Watch the journey unfold with your family. Get 'Elf The Musical' tickets today.

About 'Elf The Musical'

What is 'Elf the Musical' about?

Learn about the charming and fun story of Buddy this Christmas. Little William Hobbs, commonly known as Buddy, is a child who crawls inside Santa's bag and ends up at the North Pole by mistake. Santa and his elves work and stay there at the North Pole. The elves that Buddy lives with bring him up and Buddy starts thinking that he himself is an elf.

Many years pass by and Buddy starts growing rapidly. He soon realises that he is much bigger than the other elves living on the North Pole and also bad at the work that the elves are good at, which is making toys. Santa and the elves tell Buddy the truth and he then starts the journey to find his real relatives. Buddy reaches New York to find his birth father, who is as cynical as all the other people Buddy meets there. Walter Hobbs, Buddy's father, and the city of New York don't seem to have any Christmas cheer for Buddy. Santa's magical sleigh is powered by the belief of people in Santa and New York lacks that now. Buddy decides to give the Christmas spirit to the people in the city of New York and help restore the festivities among the masses.

This is your chance to help Buddy, when Santa's sleigh crashes in Central Park, so it is Buddy who saves Christmas once and for all.

Book your 'Elf The Musical' tickets today and enjoy this joyful Christmas musical in the West End of London.

What age is 'Elf the Musical' suitable for?

The show is suitable for kids aged 5+. Adults must accompany children to the venue.

The runtime has not been announced.

Who is in the London cast of 'Elf the Musical'?

Who is the team behind 'Elf the Musical'?

The play is based on the book by Tony Award winners, Bob Martin (also known for 'The Drowsy Chaperone') and Thomas Meehan (known for 'The Producers', 'Annie', and 'Hairspray'). The songs are by Chad Beguelin and Matthew Sklar, Tony Award nominees. Chad Beguelin is known for 'The Wedding Singer'. Philip Wm McKinley is the director, Liam Steel is the choreographer, Tim Goodchild, who is an Olivier Award winner, is the set and costume designer, Patrick Woodroffe does the lighting design, Gareth Owen is the sound designer, and casting is by Grindrod Burton Casting.

Book your 'Elf the Musical' tickets for the West End today.

Where is 'Elf the Musical' being performed?

How do I get to the Dominion Theatre?

Take the A400 road to reach the destination in the shortest possible time.

Where can I park near the Dominion Theatre?

Where are the toilet facilities at the Dominion Theatre?

There are male and female toilets on each level of the theatre. You will find accessible toilets in the Royal Circle.

Is the Dominion Theatre accessible?

The theatre is accessible and has step-free access from the main entrance to the foyer.

Some popular recommendations in the area are Five Guys, The Flying Horse, and Dalloway Terrace.