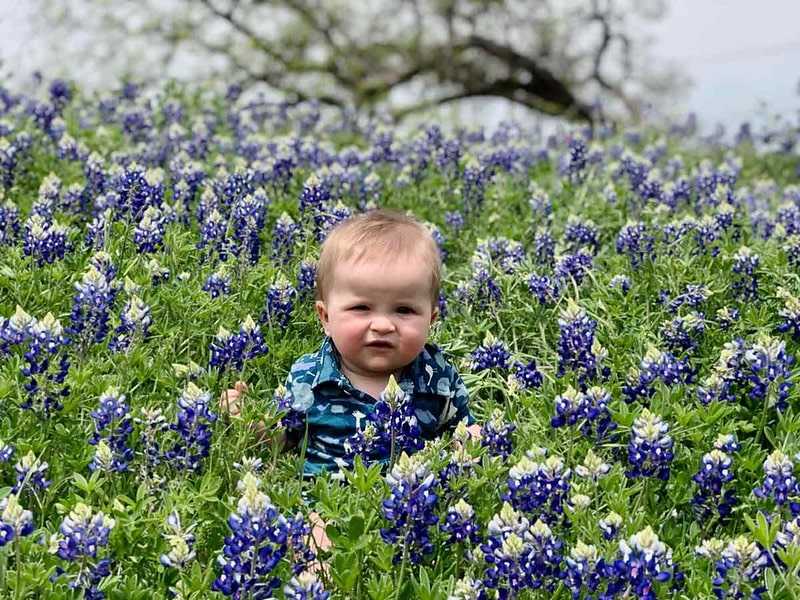 Who said boys can't be named after flowers?

Flowers are equally beautiful to any gender. They add a colorful, beautiful, taste to your life, just like your baby boy would.

There's nothing better than naming boys after your favorite flower name. So, we've gathered our top picks for the best flower names for boys. So, without further ado, are you ready to pick the name of your newborn?

If you're looking for the most common flower names for boys or the most popular flower in general, maybe you'll love one of these.

1.Allium, a colorful round flower. Funny enough, this beautiful plant falls into the same group as onions and garlic. A spicy name for baby boys.

2.Antonio, a name of Greek origins that means 'flower'. It's one of the best plant names for boys.

3.Aster, a cute, colorful flower with thin petals. This name also has Greek origins and it means 'star'.

4.Azalea, it's a kind that loves the shade.

6.Clem, Clematis flower also known as Leather Flower. This name is perfect for a newborn boy.

7.Clover, also the name of one of the characters in Totally spies.

9.Crocus, it's a name meaning a beautiful-looking purple flower. It produces the world's most expensive spice, Saffron.

10.Dahlia, if you live in Mexico or America, you must be familiar with this beautiful flower name.

11.Daisy, although mostly used as a girl name, there's nothing stopping you from naming your baby boy Daisy. It's a very popular English name in North America.

12.Freesia, a kind of flower that symbolizes innocence. It's one of the best names for baby boys.

13.Geranium, among the cutest floral names for boys.

14.Heath, one of the most popular flower names for boys. The girl name Heather is the female version of Heath.

15.Iris, it's a kind of purple flowers. Also, Iris has another meaning, which is a part of the eye.

17.Lily, it's one of the most adorable names for baby boys and girls.

18.Mallow, one of the most popular flower names for boys.

19.Marigold, a flower with a unique orange color. Also, the 'gold' part makes for a classy name.

21.Narcissus, there's a popular myth regarding this flower in Greek mythology. It's where the term Narcissism came from.

23.Primrose, this name was made popular by the book and movie series The Hunger Games.

24.Ren, originally known as Renanthera, it's a kind of Orchid.

26.Tlip, one of the most popular flowers on earth. It would make for a gorgeous baby name.

27.Valerian, a kind of flower that has a sweet scent. It's the perfect flower name for little boys.

28.Vervain, a kind of flower that was mentioned in The Vampire Diaries. Nonetheless, it's an interesting name for newborns.

29.Yarrow, an adorable flower that grows in Europe and North America.

30.Zephyr, originally known as Zephyranthes, it's one of the cutest names for boys.

With over 6,000 languages spoken in the world, we just had to include translations of 'flower' in other languages that would make beautiful baby names.

34.Florent, with Latin origins, this name means 'flowering'.  It's a form of the English name Florence.

35.Florentine, another form of Florent.

37.Flos, Latin. It's one of those cool flower names for a baby boy.

38.Mawar, Indonesian translation. It's such a cute name for your little one.

39.Pua, Hawaiian. It's one of the cutest baby names out there.

Flowers From Around The World

These names are of flowers that grow all over the world. Wouldn't you want your baby's name to be as global as possible?

42.Acacia, mostly grows in Australia but can be found all across the world.

44.Borage, another Mediterranean flower. It's also known as Starflower and medicinal benefits. It has a beautiful electric blue color.

45.Camellia, a gorgeous flower that mostly grows in eastern and southern Asia.

46.Dandelion, you must be familiar with this adorable flower name. In addition to beauty, it has many health benefits and can be found all across the globe.

47.Lotus, it's a huge part of Ancient Egyptian history and it represents rebirth, which makes for a beautiful boy name.

48.Oxalis, a flowering plant that grows all across the world.

These unique flower names for boys are not as popular as you'd think. Some of them have other meanings, while others are just rare. So, why not take a look and see if any name catches your eye?

49.Aconite, also known as Wolfsbane or Monkshood. It was mentioned in many myths and movies that it's used to repel werewolves and wolves alike.

50.Anemone, also known as Windflower. This flower grows widely in North America. Anemone is one of the most unique floral names for boys.

51.Archangel, this is a name meaning both a flower and an angel; the perfect combination for a beautiful baby boy name.

52.Bloom, sine you're looking for blooming flower names, why not just call your baby boy Bloom? It would also be a cute last name, like Orlando Bloom.

53.Bugloss, also known as Viper-Bugloss, is a flowering plant that attracts honeybees like no other.

54.Chicory, has a distinct blue color and can be used in salads. It's described to have a similar taste to regular coffee.

55.Coffee, speaking of coffee, why not name your baby boy just that?

56.Coleus, an annual flower that has countless health benefits.

57.Indigo, this flower name is also a color. It's a unique option for a boy's name.

58.Jonquil, a small yellow or white flower that's widely used in perfumes. It would make for an adorable name for your baby.

59.Moon, another name with two meanings. Your little boy can be a part of space and earth at the same time.

60.Spring, you can also name your baby boy after the season of blossoming flowers.

61.Violet, it's another one of the names that are flowers and color, too.

If you love plant boy names, not necessarily flowers, we're sure one of these will spark your interest.

62.Alder, a type of tree that grows beautiful flowers.

63.Aloe, from Aloe Vera, it's widely used in medicines and it can treat burns.

64.Basil, a kind of herb used in most cuisines. It's one of the best plant names for boys.

65.Broom, from Scotch Broom shrub that has a sticking yellow color.

67.Kale, a cabbage-like plant that is incredibly nutritious.

68.Oleander, a small tree that has a sweet scent but is incredibly poisonous.

69.Sage, a kind of plant that has many health benefits.

70.Salvia, another name for Sage. One of the cutest plant names.

Kidadl has lots of great baby names articles to inspire you. If you liked our suggestions for Flower Names For Boys then why not take a look at Soaring Names That Mean  Wind, Sky And Air, or for something different take a look at Modern Baby Boy Names.