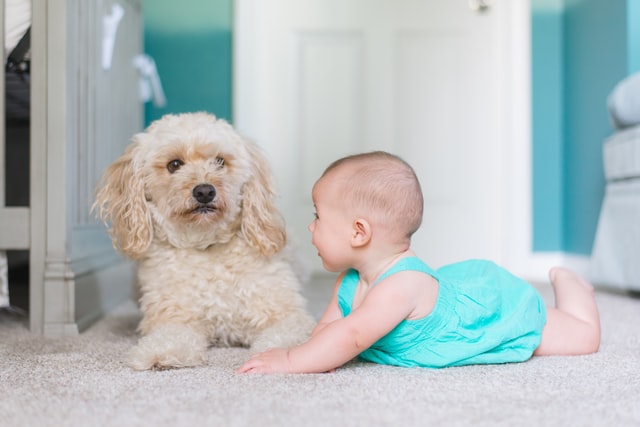 Bringing a pet home is an exciting event.

It’s important to come up with the right name for your pet dog, cat, or other pet animal. The perfect pet name should match the personality of your pet and clearly identify them.

There are plenty of creative pet names you can choose from, including funny pet names, creative dog names, popular pet names, and a lot more. Dogs and cats aren’t the only pets you might need to think of a name for. You can have pet hamsters, birds, guinea pigs and a lot of other pet types that need to be given the right pet name. Our list brings to you some of the best creative pet names and, for more inspiration, take a look at these cartoon dog names and these grey cat names.

Here’s a list of some of the cutest names for dogs and other animals.

2. Bugs – a name inspired by Bugs Bunny for your pet rabbit.

3. Buttercup – a cute name for your dog, cat, or rabbit that’s inspired by a Powerpuff Girl.

4. Ginger – this is a great name for a ginger-colored dog, cat, or even hamster based on the plant.

6. Kovu – a cute nickname for dogs that means "love and affection." Inspired by the son of Scar and Zira from 'The Lion King II: Simba’s Pride'.

7. Marshmallow – inspired by the squishy confectionary.

9. Paw Paw – this is a great name for your dog or cat inspired by the fruit of the Asimina Triloba deciduous tree, or simply the name of your pets' feet.

10. Pixie – this is a cute name you can give your dog, cat, hamster or rabbit.

11. Rubix – if you just can’t seem to figure your pet out, this is the perfect name, derived from the Rubik’s Cube.

Looking for the perfect name for your male pet? These powerful names make for great dog names although they can be used for other pets like cats, reptiles, horses, fish, guinea pigs and birds.

13. Ace – a name of Latin and English origin that means "one who excels."

14. Alvin – meaning ‘a noble friend" of Old English origin. Relates to 'Alvin and the Chipmunks' and is a great name for hamsters and other small pet animals.

16. Buddy – a dog name of American origin that means "friend."

17. Caladrius – a fairy tale bird that can heal all maladies.

19. Casper – a dog name of biblical origin that means "treasurer."

20. Denali – among the mroe unique names of dogs meaning "the high one."

21. Ghost – inspired by Jon Snow’s direwolf from 'Game of Thrones'.

22. Griffin – represents a winged creature that has the head of a lion.

23. Hercules – this is the name of the Roman God of Strength.

25. Janus – the Roman God of Beginnings.

26. Kai – a name of Hawaiian origin meaning "sea or ocean." This is perfect for your dog, cat, or even pet fish.

27. Kringle – a name inspired by a kind of pretzel of Scandinavian origin.

28. Logan – a dog name of Irish origin that means "descendant of the warrior."

29. Morpheus – inspired by the Greek God of Dreams.

31. Wasabi – a name inspired by the Japanese spice.

32. Yoda – could mean "the one who knows" in Hebrew and it a great choice for 'Star Wars' fans.

Want to find the perfect name for your female pet? Get the best name from this list of pet names. You can use these as creative dog names, cat names, or even for smaller pets like birds, guinea pigs and fish.

34. Arion – the name of an immortal horse. The name is of Hebrew origin and means "with melody."

35. Athena – this is the name of the Greek Goddess of Inspiration and Wisdom.

36. Aurora – the name is inspired by the Roman Goddess of Dawn.

38. Diana – inspired by the Roman Goddess of Animals and the Moon.

39. Diva – your pet is a diva and her name should reflect it.

41. Hera – this name is of the Greek Goddess of Marriage

42. Khaleesi – what could be more powerful than naming your female pet after the Mother of Dragons?

43. Naga – represents nature’s protector and means "serpent" in the Indian origin, perfect if you’ve got a pet reptile at home.

46. Phoenix – a firebird from classical mythology that is popular among dog names and can also be used as the name of other birds.

47. Queen/Queenie – give your pet a name that celebrates the Queen that she is.

48. Regal – of Arabic origin, meaning "the expected one."

49. Shen – a name of Chinese origin that means "deity." It’s best used as a creative dog name but can also be used to name a cat, horse, bird, or hamster.

Want to choose from some fun names for your pet? Here’s a list of funny pet names that won’t disappoint you.

53. Dumbledog – a dog name inspired by the headmaster of Hogwarts. We think this is the funniest animal name out there!

55. H.G. Wells – where H stands for hamster, inspired by ‘The Time Machine’ author.

56. JK Growling – a tribute to the author of the 'Harry Potter' series, JK Rowling.

57. Kitty Purry – one of the funny pet names for cats that Katy Perry fans will love.

58. Marty McFly – a creative name for pet birds inspired by the 'Back To The Future' protagonist.

62. Nick Furry – if you’re an 'Avengers' fan, this is a great name for your furry rabbit, dog, or cat inspired by Nick Fury.

64. President Josiah Barklet – among the funny pet names for your dog inspired by Josiah Bartlet from ‘The West Wing.’

65. Reya Sunshine – a play on ‘Ray of Sunshine’ for your little furry friend.

67. Santa Paws – why be excited about Santa Claus when you can have Santa Paws?

68. Scarlett O’ Hamster – inspired by Scarlett O'Hara from 'Gone With The Wind'.

70. Simone Biles – a great name for your pet bird inspired by the gymnast.

71. Sir Meows A Lot – a funny twist to Sir Lancelot for a cat that just can’t seem to stop meowing.

73. Winnie the Poodle – clever among dog names you can give your pretty poodle.

74. Woman o’ Peace – a creative name best suited for a horse inspired by the name Man o’ War, the greatest racehorse ever.

75. Woofer – not the bass speaker, this woofer is of a different kind that you’ll love.

Bringing home a pair of pets that you hope will be inseparable? Get the best pet name for both of them from this list. These names are suitable for pet dogs, cats, birds, fish, hamsters, and even guinea pigs.

76. Adam & Eve – these are names of Biblical origin referring to the first man and woman created by God.

78. Antony & Cleopatra – from the Shakespearean tragedy.

81. Bonnie & Clyde – the perfect pair of pet names inspired by Bonnie Elizabeth Parker and Clyde Chestnut Barrow, because your furry friends will be up to quite a bit of mischief at home.

82. Bumble & Bee – you can split the word Bumblebee into two for this name pair.

83. Calvin & Hobbes – inspired by the names of best friends from the comic.

84. Cherry & Blossom – draw inspiration from the beautiful flower and name your female pets Cherry and Blossom.

85. Chili & Pepper – not only is this the spice, but it can also be a tribute to The Red Hot Chili Peppers band.

86. Chocolate & Vanilla – this name pair can be inspired by the colors of your pets.

87. Frodo & Sam – the bond between these 'Lord Of The Rings' characters is definitely worth the inspiration.

88. Homer & Marge – this is a great pair of pet names for those of you who love 'The Simpsons'.

89. Kim & Kourtney – a sibling pairing inspired by the Kardashian names.

91. Lilo & Stitch – inspired by the characters from the Walt Disney film.

92. Mickey & Minnie – it doesn’t get cuter than this lovely pair of pet names.

96. Sleepy & Peppy – this is popular among pet names for pets that have opposite personalities.

98. Sugar & Spice – a natural name pair that also conjures up the image of 'The Powerpuff Girls'.

99. Venus & Serena – this powerful pair of pet names is inspired by sisters Venus and Serena Williams.

100. Yin & Yang – inspired by the Chinese philosophy of dualism with interdependent but opposing forces.