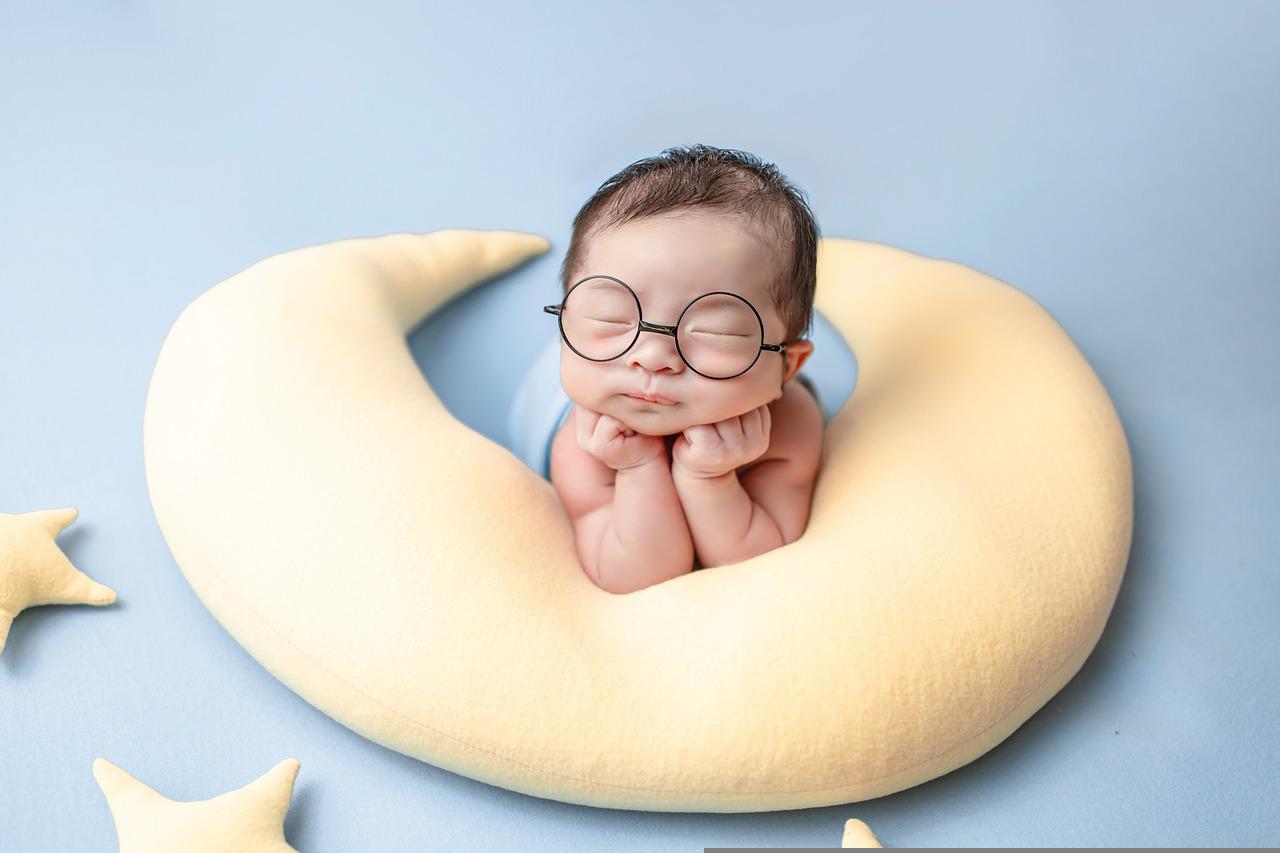 Parents are looking for a short, easy-to-pronounce baby name while choosing a name for their child.

There are different name options available across the world when it comes t0 selecting short baby names. It is important to select baby names that have interesting meanings as the name will stay with the person for life.

Here are a number of short baby girl names and baby boy names that will definitely make you come back to appreciate the beauty of the name for your beloved.

Read on for some of the best short baby names. Afterward, also check out our articles on baby girl names meaning 'beautiful' and Marathi baby girl names.

It's been said that simplicity is the soul of wit, and this might be especially true when it comes to naming a baby boy. Here are some popular name options in diminutive form for you.

Dean (English origin) is generally a male English name meaning 'from the valley'.

Jace (Greek origin), Jace is a shorter version of Jason, and it means 'to heal'. A famous short name.

Jai (Indian origin) is generally a male Indian name that signifies 'victory'. A cute short name for your boy.

James (Hebrew origin) is derived from Jacob, a Hebrew name that means 'supplanter'.

Jax (American origin) is a classic nickname preferred by parents.

Joel (Hebrew origin) is a male given name derived from the Hebrew phrase 'the Lord is God'.

John (Hebrew origin) is derived from the Hebrew word Yohanan, which means 'God's gift'. It's a sturdy, classic name that oozes strength, intelligence, and warmth.

Kai (Hawaiian origin) means 'sea'. Kai is mostly a boy's name, but it is also given to girls occasionally. Kye is the pronunciation.

Max (Latin origin) means 'the greatest'. Max was taken from the Latin name Maximilian, which was derived from the Roman surname Maximus. It is a popular nickname with one syllable.

Ren (Japanese origin) means rebirth. It is likewise of Swedish origin and means 'pure and clean'. An interesting name meaning for boys.

Sam (Hebrew origin), meaning 'told by God'. Sam is historically the masculine form of the name. One of the most preferred short names for boys that parents love.

Scott (Scottish origin) means 'Scotsman' or 'someone from Scotland'.

Sid (English origin), according to its English roots, the name Sid means 'broad meadow'. A great name that every family in the west loves.

Tim (Greek origin) is a name that originated as a diminutive of Timothy. A simple name with simple spelling that sounds great.

Zane (American origin), 'Gift from God' is the literal meaning of Zane. One of the popular boy names.

Short names are also easier to spell, so your child may may soon be able to write their own name. Read on for some short baby girl names:

Ava (Latin origin) means 'bird'; Ava might also be a variant of Eve or Eva. The sound of Ava, or Eva, is quite pleasing to the ears.

﻿Bree (Irish origin) is an Irish girl's name that means 'strong or elevated one'.

Eden (Hebrew origin) is a Greek word that signifies 'joy and delight'.

Hana (Japanese origin) is a Japanese girl's name that means 'bud' or 'blossom'.

Hera (Greek origin), meaning 'warrior' or 'queen'. It is a Greek name commonly given to females.

Isla (Scottish origin) is a Scottish name derived from the name of a little island off the coast of Scotland.

Jana (Hebrew origin) is a Hebrew girl's name that means 'God is gracious'. It's a female version of John. Jana was Janus's wife in Roman mythology.

Juno (Latin origin), meaning 'youth', also signify 'belonging to Juno' (the goddess Juno) or 'born in June', among other things.

Katie (Greek origin) is predominantly a female English name with the meaning pure.

Kerry (Irish origin) means dusky, dark. Kerry is the name of one of Ireland's most beautiful and lush counties.

Lexi (Greek origin) is a Greek name that means 'defender of man' and is pronounced lex-ee. It is a shortened variant of Alexandra.

Liza (English origin) is generally a feminine name that means 'God is my oath'.

Luna (Latin origin) means 'moon'. Luna is the Roman goddess of the moon.

Luz (Spanish and Portuguese origin) is a feminine given name and surname in Portuguese and Spanish that means 'light'.

Mia (Italian origin) name has been associated with the Italian word mia, which means 'my'.

Pia (Latin origin), 'Pious', and 'devout' are the two meanings of Pia.

Rhea (Greek origin) is a girl name meaning 'a flowing stream'. The Greek legendary earth mother of all the gods has an old-style creative name.

Tara (Sanskrit origin) is a Sanskrit word that means 'star', representing the illumination of the soul.

Zara (Arabic origin) is a girl's name that means 'radiance'.

﻿Even if a name is short doesn't mean it can't be distinctive! Check out these suggestions if you're looking for a cute short female name that's unique and has a modern twist.

Cale (Gaelic origin), 'to be loyal' is the meaning of the name Cale.

Claire (French origin) is derived from the French word 'claire,' which means 'bright' or 'light-colored'.

Dee (Welsh origin) is most commonly used as a girl's name. 'The beginning D' is the meaning of Dee.

Elle (French, Hebrew origin) is a girl's name with a feminine connotation. It's also a French pronoun that means 'female' or she'.

Eve (Latin origin) has a traditional connotation of life or being alive.

﻿Faye (English origin),  Faye is either from the Middle English word 'faie,' which means 'fairy'.

Grace (Latin origin) refers to 'God's grace'. Grace is one of the most well-known virtues.

Grant (English and Scottish origin) is a male name that means 'tall' or 'large'.

Jayce (Greek origin) means healer or the Lord of salvation. One of the short and sweet baby names.

Luke (Latin origin) symbolizes 'bright, white, light-giving'. It is derived from the Italian Luciana, which was the name of an ancient Italian geographical area.

Neil (Irish origin) is an Irish-sounding name for a boy. The Irish name might be derived from the terms 'cloud' or 'enthusiastic'.

Star (American origin) is a female name. The majority of today's parents prefer the softer-sell Stella.

Tia (Spanish origin) means 'Joy' or 'happiness'. Initially, the name was a short version of any name that started or concluded with 'tia'.

Uma (Sanskrit origin) is the name of the Hindu goddess Parvati, who is also known as Parvati.

Vince (Latin origin) is a boy’s name that means 'conquering'.

Looking for some short baby names for your baby boy and baby girl? Here are some modern short-form baby girl names and baby boy names that enjoy great popularity. Read on for some of the short and sweet baby names:

﻿﻿Aarvi (Indian origin) symbolizes 'peacemaker' or 'one who makes peace'. One of the popular baby girl names.

Adi (Sanskrit origin), Adi is a Sanskrit given name for a man that signifies 'first'.

Ahan (Indian origin) the meanings of the Ahan include 'dawn', 'sunrise', 'morning glory', and 'the first ray of light'.

Arya (Persian origin) Arya is a gender-neutral name that means 'friend' or 'loyal'. An ideal name for a baby girl.

Coco (American origin), is a shortened form of the name Soccoro. The definition of Coco is 'chocolate beans.' An interesting baby name.

Dru (American origin) is a gender-neutral name that translates to 'form of drew'.

Ena (Irish origin) has the meanings of 'ardent' and 'graceful'. The name signifies 'small fire' in Gaelic culture.

Evan (Hebrew origin), Evan is a common Welsh name that means 'the Lord is gracious'.

Lumi (Finnish origin) is a girl name that means 'snow'. It is indeed one of the short and sweet baby names for a baby girl.

Rio (Spanish origin), Rio is a Spanish or Portuguese word that means 'river'.