Finding a great boy name is easier said than done, but in recent years Norse names have been having a moment, and it's easy to see why.

Norse names sound fresh, modern and strong, but also classical, with plenty of allusions to Norse mythology, the Viking Age and the Gods thrown in. They're not predictable, but these names aren't wilfully exotic or made-up sounding either.

For anyone who has ever sat through the entire Marvel movies back catalogue on Disney Plus (and even those who haven't),  you're probably already familiar with names such as Thor, Loki and Odin (and they all feature on our exhaustive list, below). But we have a lot more inspiration for parents seeking special, unique names for their baby son. Norse names come from Scandinavian countries, such as Denmark, Sweden and Norway, and are typically inspired by the Viking Age as well as Norse Mythology and the Gods. Animals with plenty of strength also feature prominently (think the wolf, eagle or bear), as do spears, swords and rocky places. Looking for a middle name to match? There are so many names meaning King fit for your little prince to inspire you.

Browse our comprehensive list, below, for some strong, classic Norse baby boy names that you can use as inspiration for your new son, plus we have some fantastic Finnish names with meanings to inspire you. You're bound to find something both you and your family love.

Andor (Norse). Named from both the word for 'eagle' (Arn), and after the famous god Thor.

Arnkell (Nordic). Meanings 'from the parts of an eagle'.

Arnfinn (Norwegian). Means both 'eagle', and 'one from Finland'.

Asger (old Norse). This is derived from the Old Norse name  Ásgeir, and it means 'spear of god'

Arvid (Swedish, Norwegian). We love this unusual name that means both 'eagle' and 'tree'.

Birger (old Norse). Another one from Scandinavian, this name comes from the Old Norse word 'bjarga', which means 'one who helps out'.

Bjarke (Danish) You'll find quite a few brilliant Norse names that mean 'bear', and this one of them.

Bjorn (Swedish, Icelandic, Dutch). Another  Viking-derived name that means 'bear', and probably the best-known of the much. Historically, this has been an extremely popular family name in Sweden.

Bo (Swedish/Danish/Old Norse). Short and sweet, Bo is derived from the word 'bua', which means 'to live'. Perfect for baby boys.

Calder (Both Old Norse and Gaelic in origin). It translates as 'cold, rough waters'.

Canute  (Old Norse) King Canute was a famous Viking warrior, and ruler of the English and Danish peoples. The name  also means 'knot, rope or string'.

Carr (Old Norse) This comes from the old word 'kjarrone', meaning a 'swamp', or 'one who is from the marshlands'.

Crosby (Norse). Translates as 'cross farm', or one who lives close to a  farm.

Darby (Old Norse). This name means 'deer park, ' or 'settlement where the does roam'.

Dustin This is a more Anglicised derivative of the Norse name Thurston, which translates as 'Thor's stone' (Thor was the great God of Thunder), and makes a cute boy baby name. If you watched Stranger Things, you'll also be familiar with the name Dustin.

Eluf (Scandinavian). Meaning the 'only heir' or 'sole heir'.

Erik (Old Norse). Erik the Red was a Viking ruler. This translates as 'one who is king forever'. A subtle spin on Eric, for your baby son.

Fell (Norse). From the word 'fjall', this means one who is from the high ground, or a rocky place (mountains).

Fiske (Old Scandinavian). This is derived from the old name for 'fishseller' or 'fisherman.'

Freyre (Norse). Named for the god of weather.

Hafdan (Old Norse). This Viking name, traditionally for males, could be perfect for your son. It means half-Danish. Halfdan legendary was the king of the Scyldings in the famous medieval poem, Beowulf, and also appears in Norse mythology.

Harald (Icelandic, or Old norse). The Scandi version of Harold, it means 'army' and 'ruler'.

Halstein (Old Norse). Means 'rock' or 'stone', so this could be a great, strong name for your baby son.

Hemming (Nordic). Means 'shape shifter', or 'skin on the hind legs of an animal'.

Hjalmar (Swedish, Norwegian). Means 'one who battles in a helmet'.

Holger (Nordic). Meaning a blend of 'island' and 'spear'.

Ingolf (Nordic). Meaning' 'Ing's wolf'. In fact, the God of Freyr is often depicted in images riding on a wolf.

Ingmar, Ingemar or Ingvar (Scandinavian). Named after 'Ing, a Norse god, and the word 'mar', which means 'famous'.

Ingvar Another name for 'Ing's army'.

Ivar (Scandinavian name). Meaning 'one who fights with a bow and arrow', or 'yew tree'.

Jari (Finnish). Meaning 'one who will rise up.'

Kirk (Danish). Means 'church', or one who lives near one.

Kirkland (Danish). Translates as 'land near to a church'.

Kory or Corey (Old Norse). Means 'one who lives near a hollow'.

Loki (Scandinavian). Means 'trickster' or  'mischief maker'. Loki famously features in Norse mythology, as anyone who has watched the Marvel Cinematic Universe movies will know, where he is Thor's brother (in real Norse mythology, he is actually Thor's step-uncle).

Odin (Old Norse). Means 'fury or anger'. Odin in Norse Mythology is the god of war, ruler of the dead, and Asgard, and the father of all Norse gods.

Olaf, also Ole, Olav, Oluf (Scandinavian). This is one of the best-known Norse names and could work for your new baby son. It means 'ancestor's descendant'. We also can't help thinking of the cute snowman in Frozen...

Olsen (Danish or Norwegian). Means 'son of Ole'. This is also a common family surname.

Ove (Old Danish). This popular name could work for your son, and it also means 'godly protection'.

Per (Scandinavian). Means 'rock' or 'stone'.

Roscoe (Norse). Means 'from near a buck forest.

Selby (Norse). Means 'from near a farm of willows.'

Sigurd (Old Norse). Means 'victory' or  'watching over the victory'.

Sven (Swedish or Danish). Another great name for your baby son, that's already well-known in the UK, this means 'young man' or 'young warrior'.

Thor Perhaps the best-known of the Norse gods, he was the God of Thunder and revered for his mighty strength. His popularity was greatest during the Viking Age (790-1100 CE), when the cult of Thor prevailed. In the meantime, we think this makes a bold, chic choice for your baby son.

Thorsen Another derivative of Thor.

Thorsten, Thursten, Torsten or Thurston (Scandinavian). Translates as 'the stone of Thor'.

Torben or Torbjorn (Danish). Another spin on 'the bear belonging to Thor', this name also translates as 'thunder bear'.

Tyr (Norse).  Translates as 'angel' or 'from the stars'. In Norse mythology, Tyr was also one of the gods (of war and justice).

Ulrik (Danish). Means 'ruler of all'.

If you liked this list of chic Norse boys names and you're wondering if there are girls names to match, then you're in luck! Check out our 143 unique Nordic girl names with meanings, and our 116 unique Norwegian girl names to inspire you. 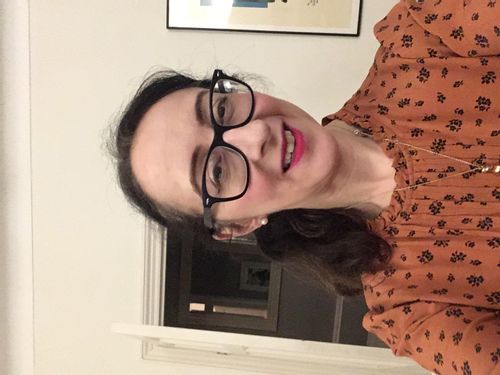